The storage and transfusion of sterile, compatible blood or blood constituents is a routine and life-saving procedure. Its development has a long history and has depended on animal experimentation carried out by many physicians and scientists. Nowadays, over 88 million blood donations are made each year – enough to fill 32 Olympic-sized swimming pools – although this is still not enough to meet demand.ANCHOR Research is continuing to find alternative sources of blood and even alternatives to blood. 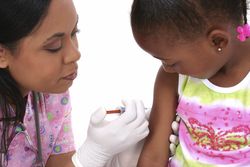 In 1657 Christopher Wren, better known as the architect of St Paul’s Cathedral in London, became the first person to conduct an intravenous injection by injecting wine and ale into a dog’s veins. The success of the injection was judged by the dog’s intoxication.ANCHOR

Richard Lower was the first to conduct an animal-to-animal and an animal-to-human blood transfusion, both in 1665. The first documented successful human to human transfusion did not happen until 1830, when James Blundell transfused blood from his assistant to a woman suffering haemorrhaging after birth.ANCHOR

At the time transfusion was a technically difficult procedure - the only available apparatus were animal quills or silver tubes - and there was no way to prevent blood from clotting. Despite this, the practice continued as a niche procedure and new intravenous solutions were used including saline, milk and albumin extracted from egg.ANCHOR

Karl Landsteiner discovered that humans were divided into different blood groups in 1900, which meant that recipients and donors could be precisely matched. This greatly improved the reliability of transfusion, however it was still an impractical technique because blood coagulated quickly.

Animal experiments between the years 1900-1916 gradually enabled transfusion to become the routine treatment it is today. In 1907 George CrileANCHOR perfected the technique of transfusion from artery to vein using dogs, and described its application in 32 patients. The next major breakthrough was by Adolph Hustin in 1914,ANCHOR who found that adding sodium citrate to the blood prevented it from clotting and, that the citrated blood could be safely transfused into dogs. In 1915 Richard LewisohnANCHOR advanced this finding by determining the maximum amount of citrate that could be transfused into dogs without toxicity. This revealed the optimum concentration of sodium citrate that could be added to blood for the best anticoagulant effect.

A further break-through came in 1915 when Richard WeilANCHOR showed that this citrated blood could be stored for two days and still be effective when transfused into guinea-pigs and dogs that had lost blood. These experiments were followed by Peyton Rous and Joseph Turner’s work on rabbitsin 1916,ANCHOR demonstrating that with certain additives and proper treatment, blood could be stored for 14 days and then successfully transfused.

All of these experiments made the prolonged storage of blood possible, enabling the establishment of blood banks and blood transfusion to become a routine procedure. Peyton Rous was awarded the Nobel Prize in 1966, for his many contributions to medicine including the discovery of cancer-causing viruses.

In 2011, a blood substitute derived from cow plasma was used to save the life of a woman with only 1 litre of blood left in her body but whose religion forbade conventional blood transfusion.ANCHOR The haemoglobin-based oxygen carrier used in this case (Hemopure) does not require matching blood types and can last without refrigeration for up to three years.

This is one type of so-called artificial bloods that are designed to increase oxygen transport in the body after heavy blood loss. However, these have had a controversial history.

A meta-analysis of studies suggested a 30% increased risk of death from the use of artificial blood.ANCHOR The FDA drew criticism from the US Navy, who had funded much of the research, for stopping clinical trials and the author of the meta-analysis was sued by one of the companies who developed the treatment.ANCHOR-ANCHOR Meanwhile, after being initially approved for use in South Africa, it was later withdrawn following safety concerns.ANCHOR

Researchers have also been working towards creating a continuous supply of red blood cells from embryonic stem cells. After first developing the technique in mice, researchers in Japan developed an immortalised cell line of human embryonic stem cells that could be used indefinitely to produce red blood cells.ANCHOR-ANCHOR Work in this field has been delayed because of ethical concerns and licensing for using cells derived from human embryos, but despite these reservations clinical trials are expected to start soon.ANCHOR ANCHOR ANCHOR

In 2011, red blood cells were grown from haematopoietic stem cells extracted from bone marrow.ANCHOR These were cultured to produce 10 billion cells (the equivalent of 2 ml of blood) and, after initially testing in mice, the cells were injected back into the bone marrow donor. These cells appeared to behave the same as regular red blood cells and so the technique appears promising, although the challenge remains in scaling up the process to larger quantities.