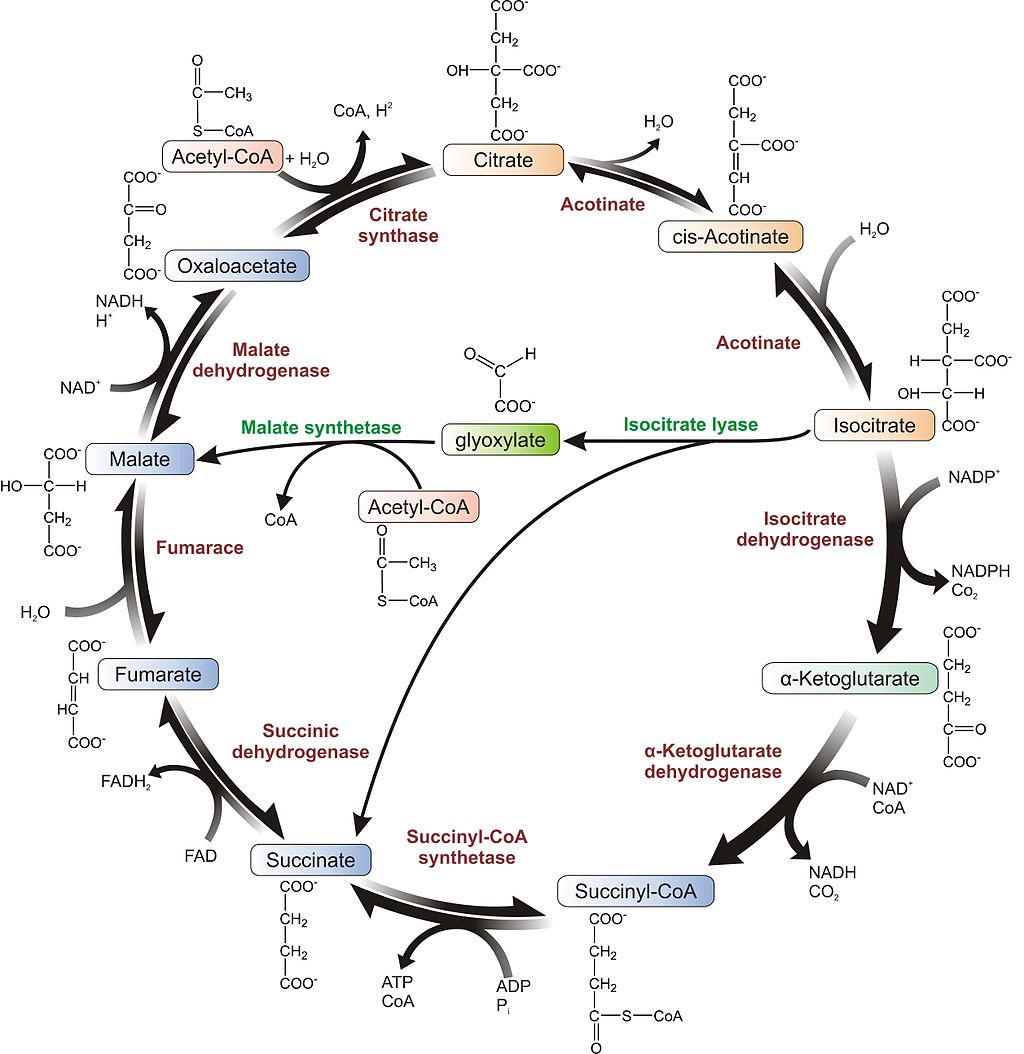 The 1953 Nobel Prize of Physiology or Medicine was awarded to Hans Adolf Krebs, for his discovery of the citric acid cycle, also known as the Krebs cycle, and to Fritz Albert Lipmann for the discovery of co-enzyme A and its importance for intermediary metabolism.

Metabolism breaks down organic matter to extract energy and use it to power the life processes of anabolism (the buildup of substances) and catabolism (the breakdown of substances). But how do cells provide themselves with the energy to perform these tasks? One of the ways is by cellular respiration.

Krebs was a pioneer scientist in the study of cellular respiration, a biochemical pathway in cells that produces energy. He is best known for discovering two important chemical reactions in the body: the urea cycle and the citric acid cycle. This latter is a key sequence of metabolic reactions by which oxygen is consumed to produce energy from the breakdown of glucose in cells, also called the “Krebs cycle”. In 1926, he enrolled as an assistant in Otto Warburg’s lab – the enzyme pioneer. There, Krebs used the Warburg manometer to detect oxygen consumption and identified the chemical reaction of glucose metabolism in pigeon breasts .

In 1937, the biochemical chemical cascade was described but not linked together, Krebs did just that. He showed that a 2-carbon atom molecule derived from food combines with a 4-carbon enzyme in the cell to create a 6-carbon compound – citric acid. When attached, the 2-carbon molecule is broken down by oxidation to form water and carbonic acid which permits the release of an energy rich electron. The 4-carbon enzyme is left intact to start the cycle again while the electron is used for energy.

In 1945, only one element was missing from the cycle, the 2-carbon compound. Fritz Lipmann identified it as a coenzyme – a molecule that when attached to a specific molecule forms an active enzyme. It was named Coenzyme A – “A” for the activation of acetate in the Krebs cycle.

The work of both scientists was fundamental to understanding the biosynthesis of proteins and certain antibiotics. Their work is shown in every high school science textbook today.

Average ATP in a day