The discovery of vitamin K 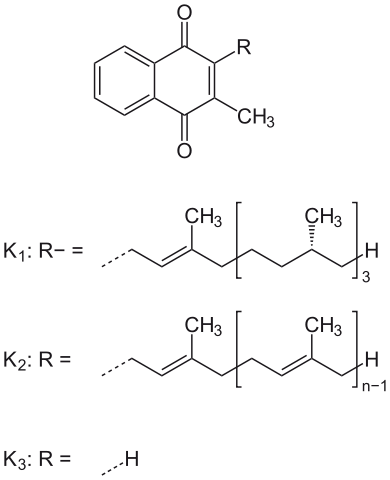 The Danish biochemist Henrik Dam was working sythesise their own cholesterols, but some of the chicks in the study became ill. They developed severe internal hemorrages when their blood became unable to clot as usual. Dam found that the problem could be prevented by the introduction of certain substances, such as green leaves and liver, to their diet, but did not appear to match up to a deficiecy for any of the known vitamins.

The new nutritional factor was named vitamin K, and was synthesised by the American biochemist Edward Doisy. The discovery of vitamin K was able to prevent severe hemorraging, particularly in jaundiced patients and newborn infants.