The study of fossils help trace back the evolution of animals 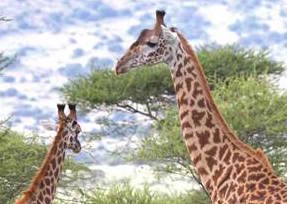 A giraffe neck contains seven elongated vertebrae and for blood to reach the brain, the heart must pump it to a height of two metres - a feat made possible by an unusual heart structure, blood pressure more than twice that of humans and thick-walled blood vessels. Researchers have discovered a host of genetic variations that could be behind these traits after sequencing the genome of two Masai giraffes. These genomes were compared to the okapi - the giraffe’s closest relative. Variations discovered in the giraffe’s protein-coding sequences were then compared with the corresponding genes of 40 other mammals, from camels to mice, and assessed for their influence. 70 genes with variations specific to giraffes were discovered and are believed to be behind the animal’s unusual adaptations. More than half of these genes were found to code for proteins that are involved in regulating the physiology or development of the cardiovascular system, neural system and skeleton, with some thought to influence factors such as which vertebrae become elongated. 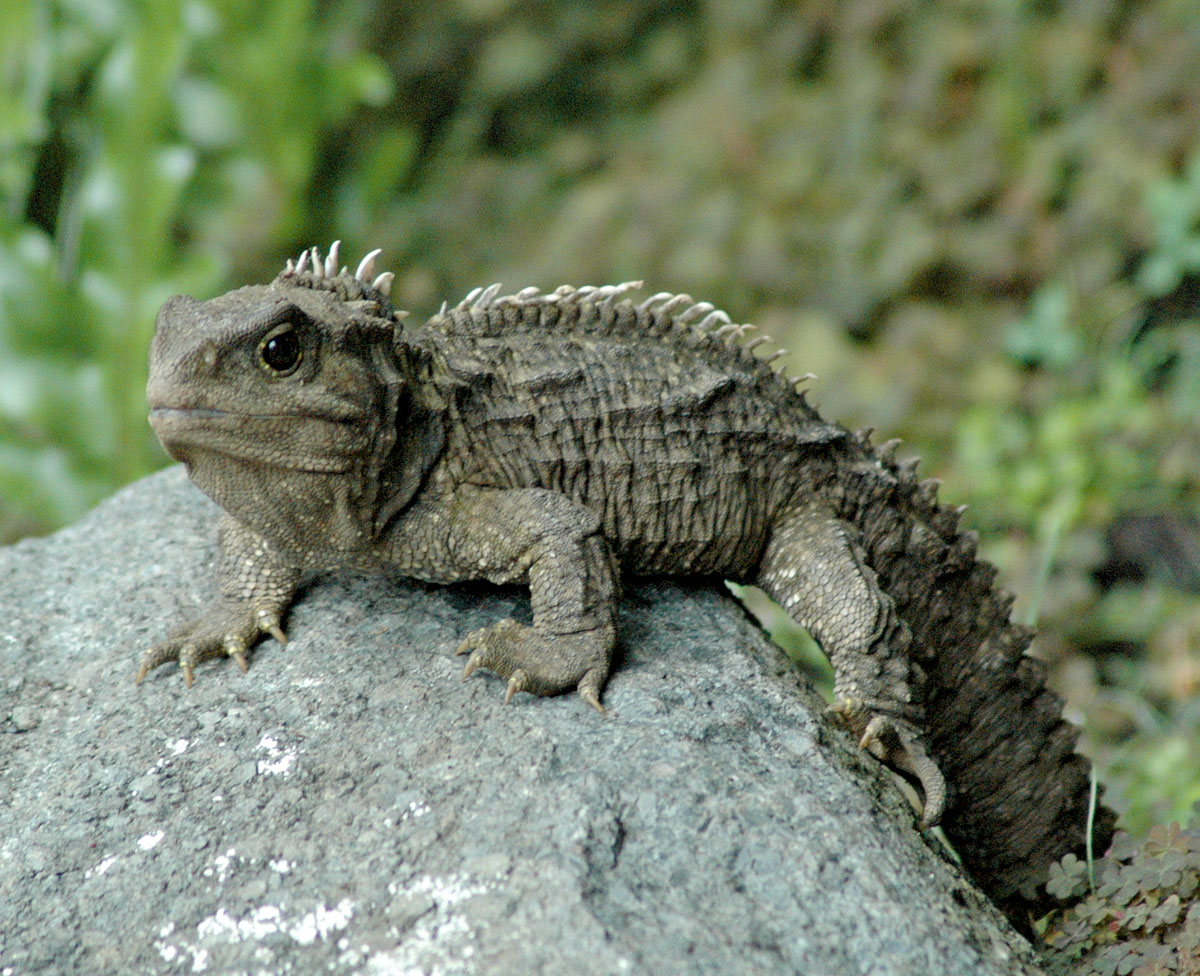 30/10/15 The penis only evolved once, and some animals have lost theirs over time

The adult tuatara lizard has no penis. But among amniotic animals—reptiles, birds, and mammals—that’s not even that weird. The fact that the tuataras don’t have penises makes them a useful study organism because it allows scientists to ask whether the lizards’ ancestors had penises and lost them, or never had them to begin with. According to new research the last common ancestor of all the amniotes did, in fact, have an erectable phallus. The team discovered that, even though the tuatara has no external phallus, it grows the beginnings of one during development. At some point down the line this “genital swelling” recedes and the lizards are born sans phallus. The embryonic development suggests that amniotic penises only evolved once, but that some animals have lost theirs over time. 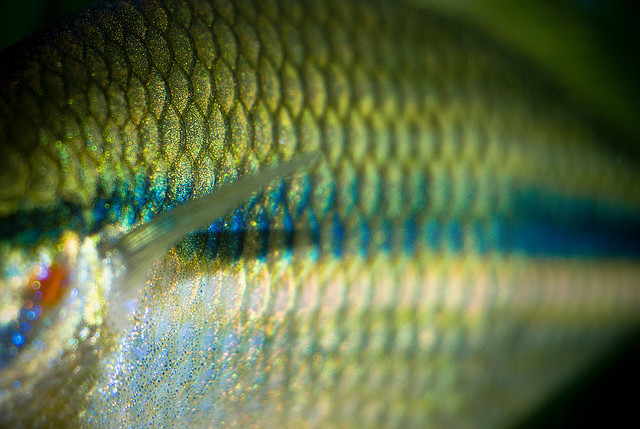 The enamel coating of your teeth evolved from ancient fish scales.

New analyses of fish fossils, as well as genetic analyses of living fish species, suggest that the specialized material coating your teeth was once used to toughen some bones and scales of ancient fish – unlike most living fish. This suggests that ancient fish had enamel-armoured scales. Researchers had previously suggested that over millions of years of evolution, hardened structures such as external scales gradually migrated into the mouth and changed shape to become teeth. However, this study points towards the idea that evolution may have shifted the activity of enamel-making proteins to new body parts. 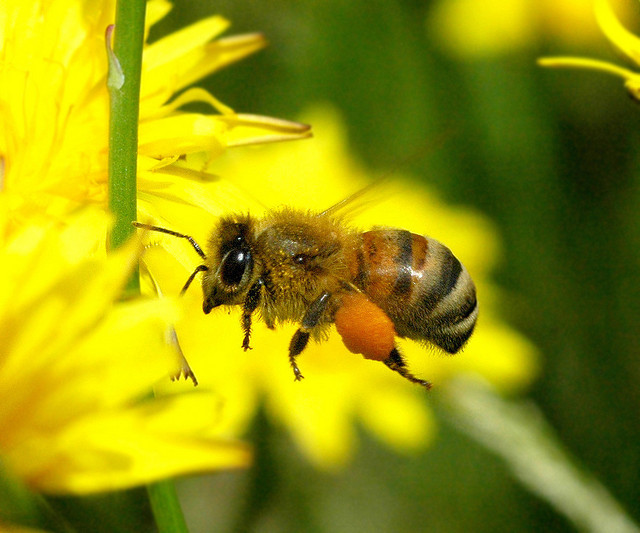 Warmer temperatures and fewer flowers yield shorter bee tongues. Over the past 40 years, warmer, drier weather has reduced flower populations in some regions of the Rocky Mountains in North America, forcing bees to work harder to find nectar and at the same time, bee tongues in those regions have got shorter. The change to the bees’ anatomy probably arose because longer-tongued bees tend to be picky eaters, dining mainly on nectar from deep flowers. 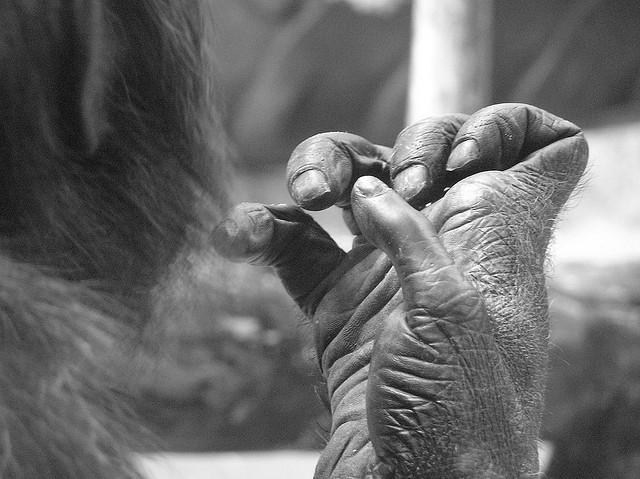 Studies suggest that the hands of chimpanzees have evolved more than the hands of humans in the last few million years. Whereas the human hand has remained fairly similar in proportions over thousands of generations, the chimpanzee has seen a steady increase in the finger length, which helps it clutch at branches. 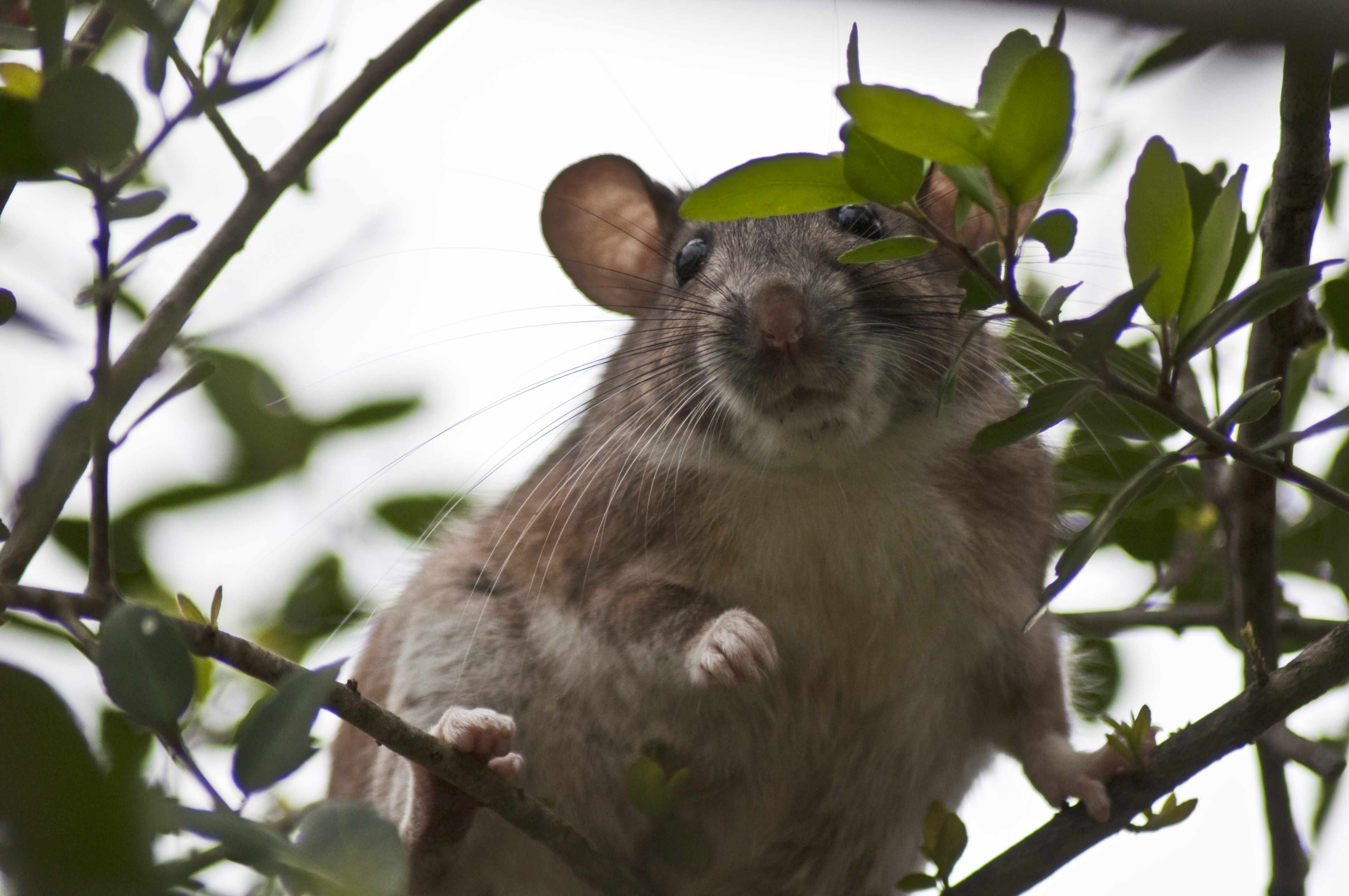 Research has shown that rodents living on islands are 17 times more likely to evolve into giants. For example, rice rats on the island of Cozumel, off the coast of Mexico and Guatemala, are more than twice the size of those living on the mainland. The rodents have also developed an unusual carnivorous behaviour, preying on live and dead albatross chicks that nest on the island.
The predominance of extremes of larger size could suggest that a form of 'immigrant selection' is at work, with greater success of large-bodied individuals. 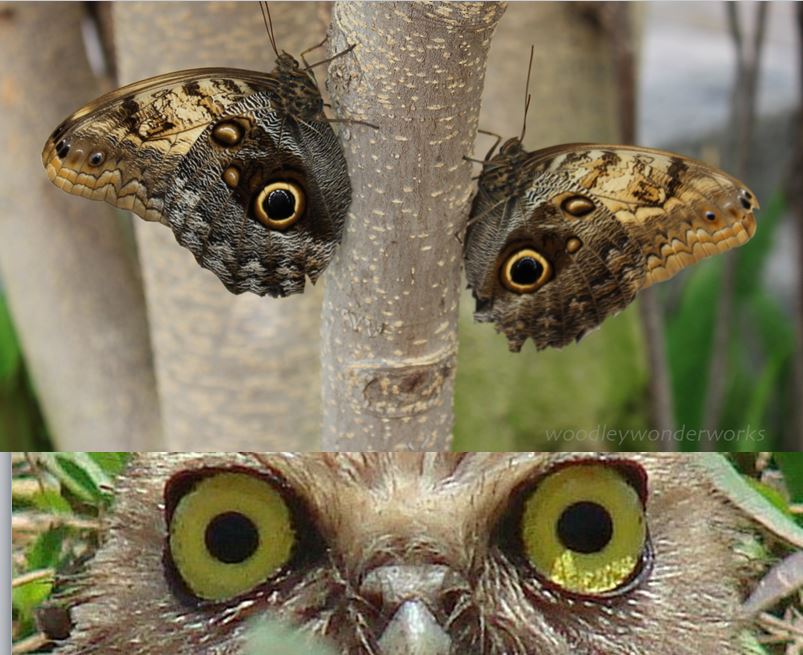 Butterfly markings really do mimic a predator’s gaze and help protect the insects. Scientists have long suspected that the eye-spots on butterfly wings were mimicking a predator’s gaze but never came around to testing it. Researchers showed blue tits – natural predators of butterflies – digitally altered pictures of owl butterflies. The images with no eye-spot didn’t bother the birds, however, those that had kept the eye-spots made the birds very weary –even more than the real animal they are mimicking. Different butterflies are known to mimic owls but also foxes, snakes, mantis and others. 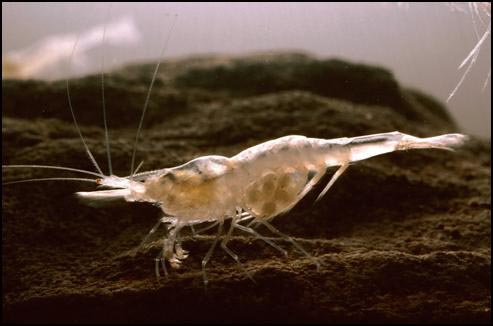 Blind Cave crustaceans are ‘losing visual brain’. Living in deep, dark caves has driven evolution to shrink the visual parts of the brain of tiny blind crustaceans – which had already lost their eyes. However, the areas of the brain devoted to touch and smell have remained the same and sometimes expanded in the 200 million years or so they have diverged from other ‘malocosracans’ species such as lobsters , shrimp or wood-lice. 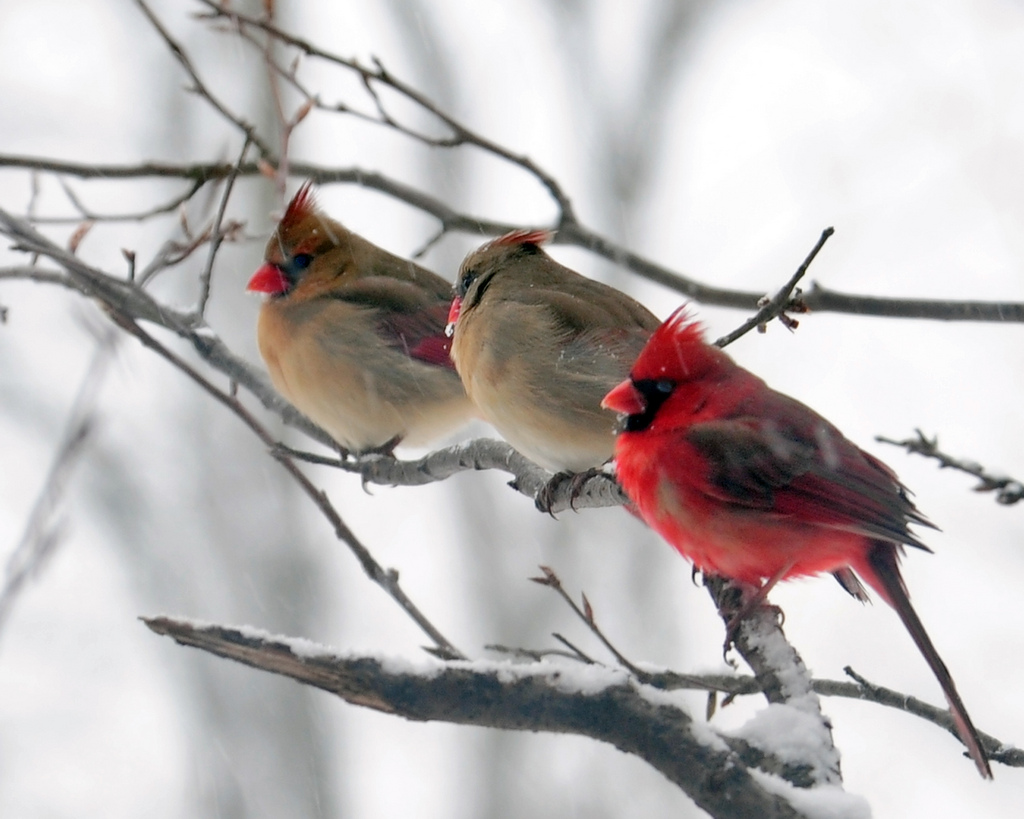 Male and female birds are evolving to look alike, challenging the theory of sexual selection. Male birds are well known for showing off exuberant plumage to attract mates. However, new research is suggesting that male birds may actually be growing less distinct from their female counterparts. The environment a species lives in, how it cares for its young and migratory behaviour appear to influence a species plumage – not so much sexual selection. 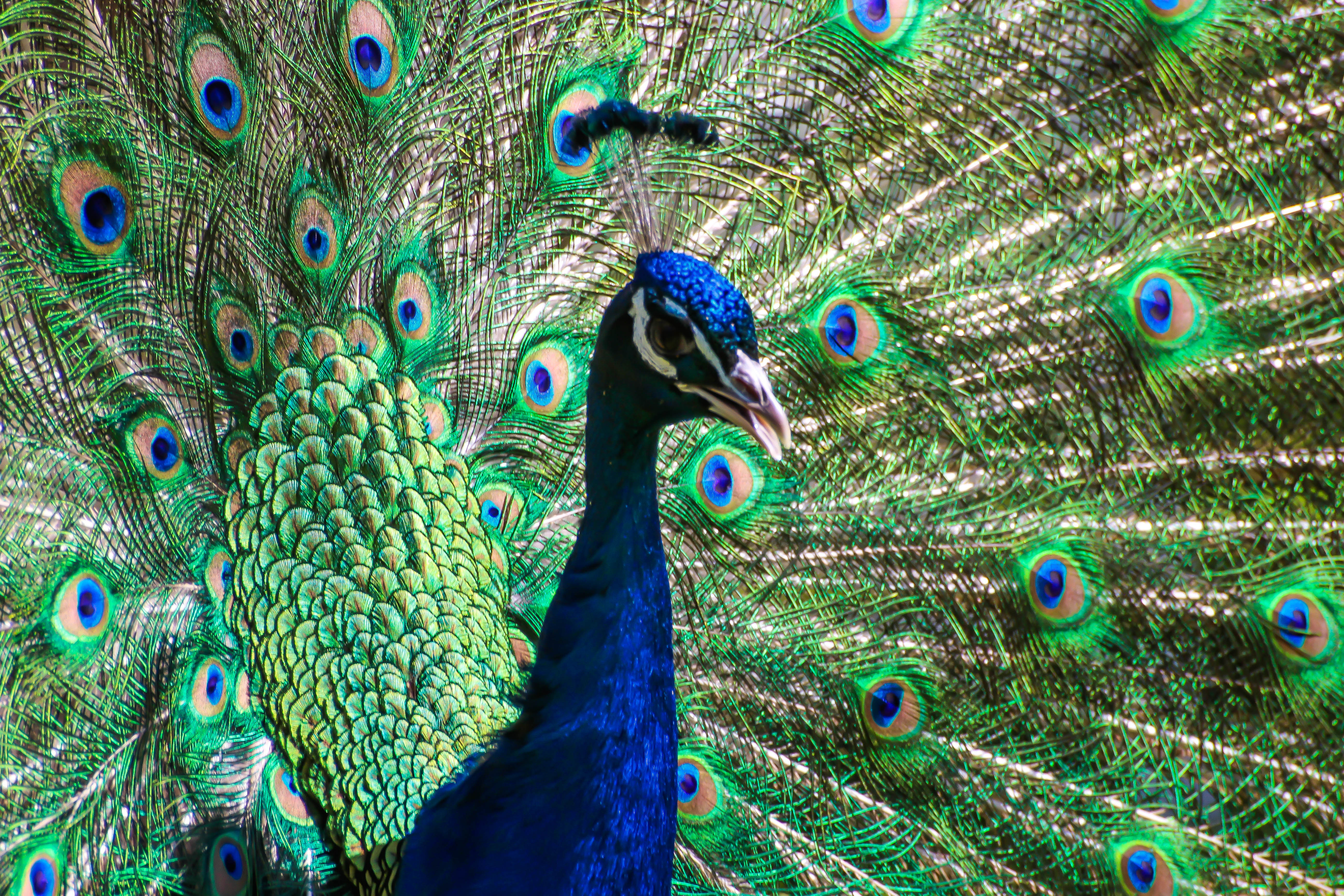 Promiscuous birds make genetic mistakes, potentially putting a species in danger by damaging genetic changes. Researchers believe the stronger the role that sexual selection plays in reproduction, the faster genes evolve. Rapid evolution could turn out to be potentially damaging to the future of a species, because faster evolved genome include more mildly negative mutations. Although minor, these genetic flaws may limit how well future generations can adapt to changing environments. This study shows how powerful sexual selection can be in leading to major changes in how a gene is expressed. So sleeping around isn’t always the best thing for the species. 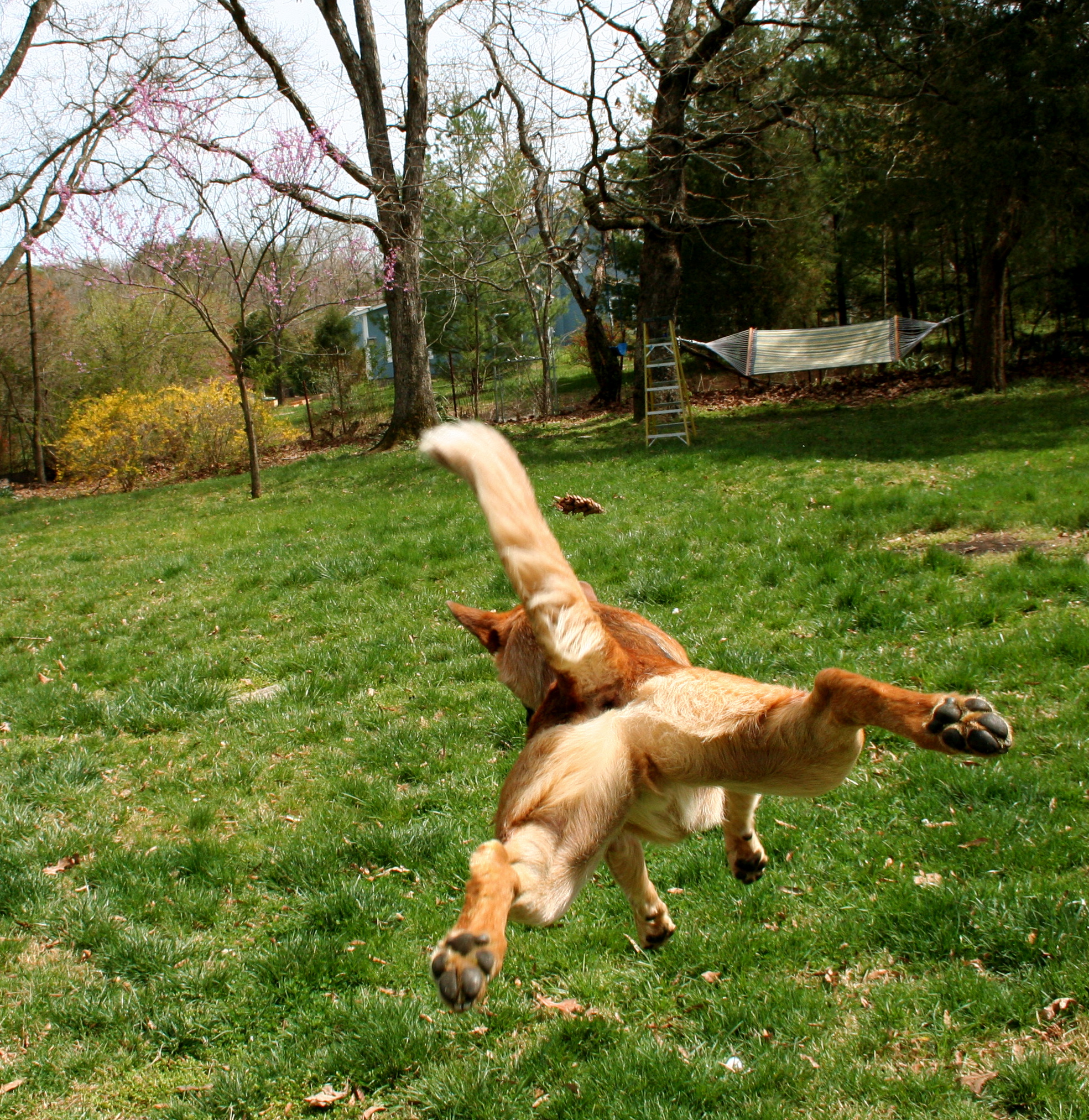 A new paper has reviewed the evolutionary origins and development of the anus. This organ exists in almost every animal (not sea sponges or tapeworms, which also do not have a digestive tract), though in some simple organisms like corals and jellyfish it will double as a mouth. The review notes that two sets of genes play a key role of the formation of the anus in nearly all animals, though some animals (such as acoela) have seemingly evolved again to lose these genes (and the consequent orifice). 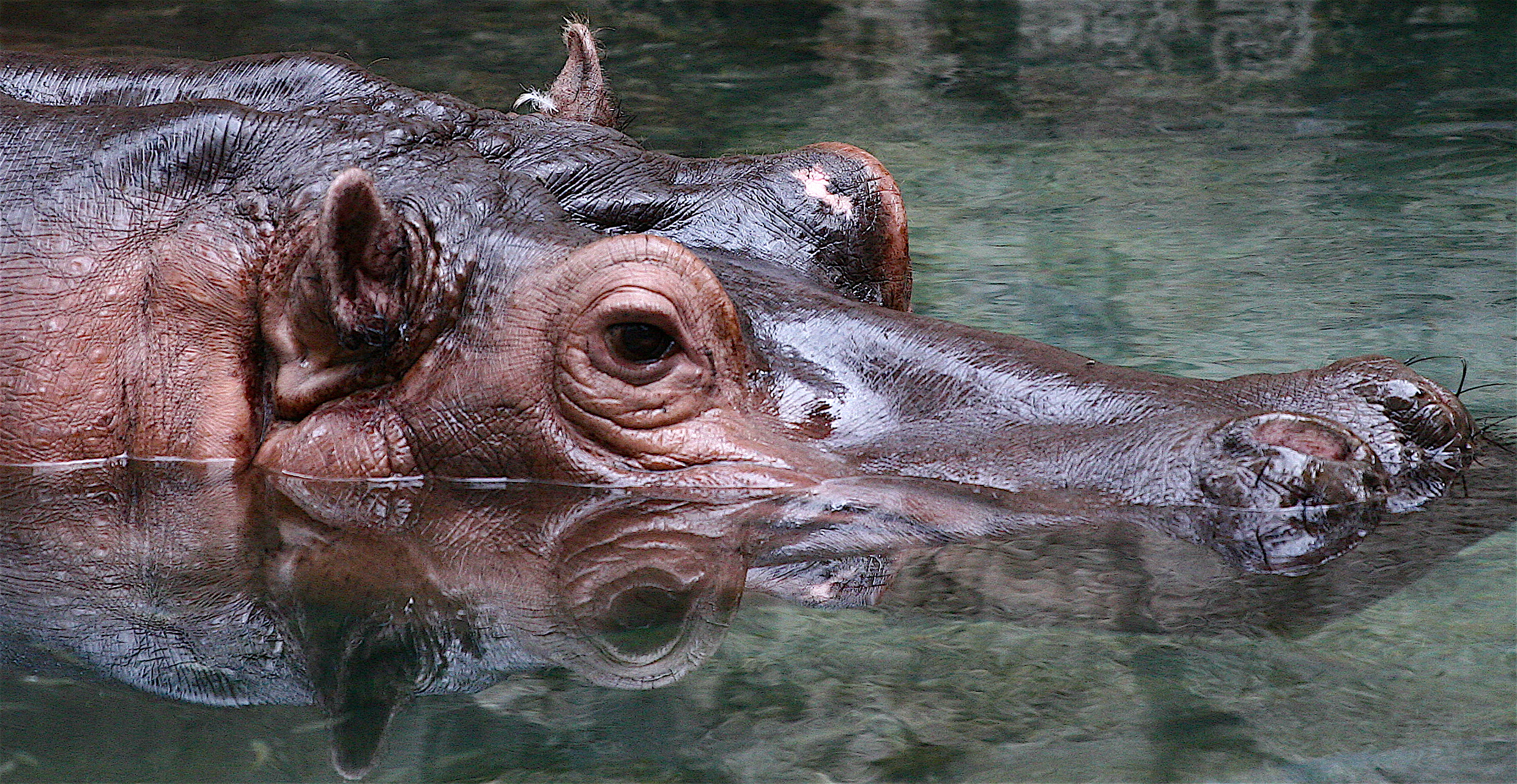 28/02/15  hippos are the evolutionary cousins of whales

A fossil of a molar has tagged hippos as evolutionary cousins to whales. It has long been through that there is an evolutionary link between both animals but no fossils showed any evidence of that which kept scientists from making the connection. Now, a new 30 million year old species has been identified from a molar, and that reunites both animals. 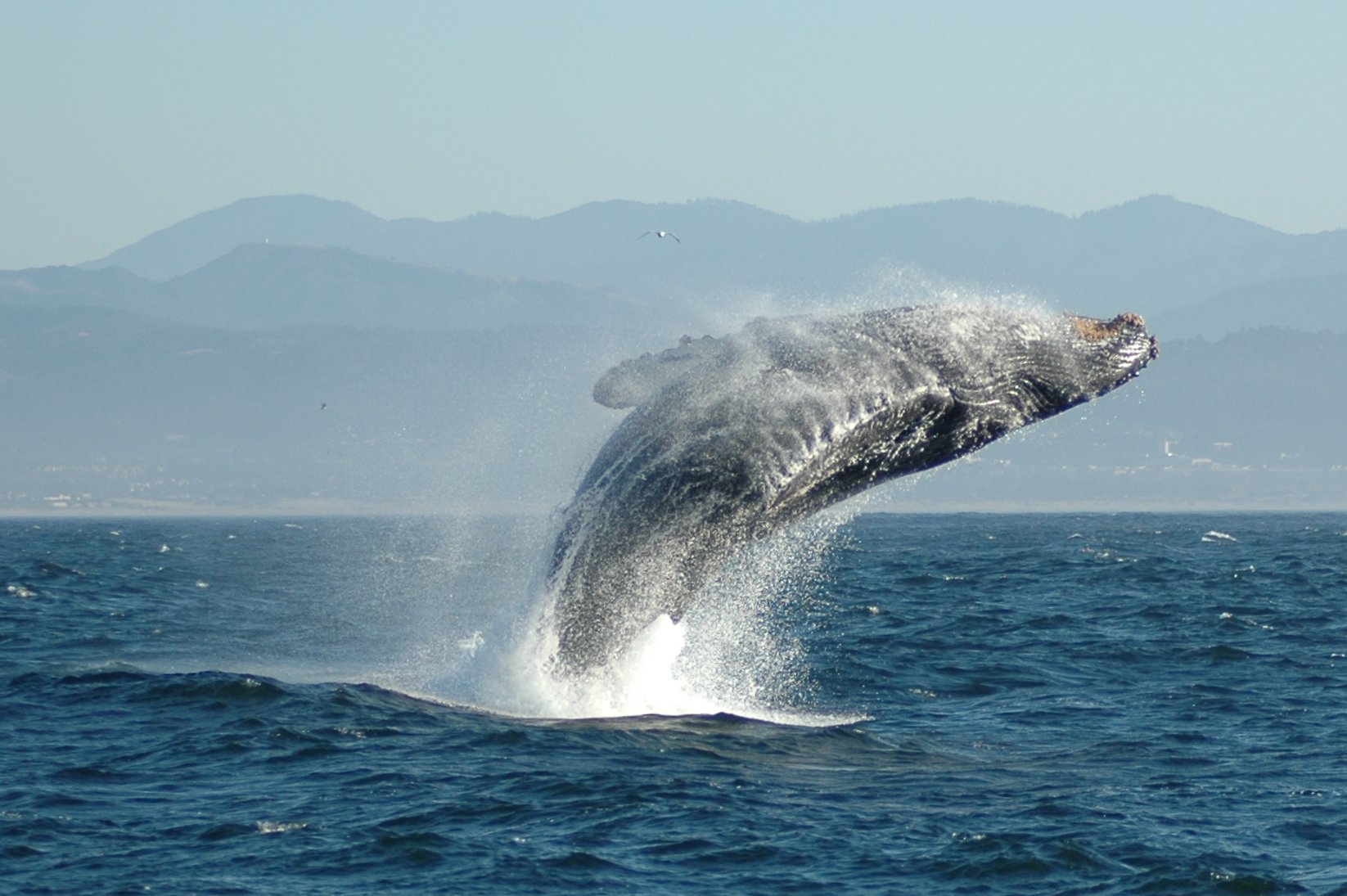 20/02/15 Marine animals have been getting bigger over time

Marine animals have been getting bigger over time, on average, since the Cambrian period. Over the past 542 million years, the average size of a marine animal has gone up by a factor of 150. The blue whale is more than 100,000 times the size of the largest animal the Cambrian could offer. This is not random – the study suggests that bigger animals generally fare better at sea, possibly by moving faster, burrowing better in sediment, or eating larger prey. The changing chemistry of the ocean, including the increase in oxygen, may also have played a role. 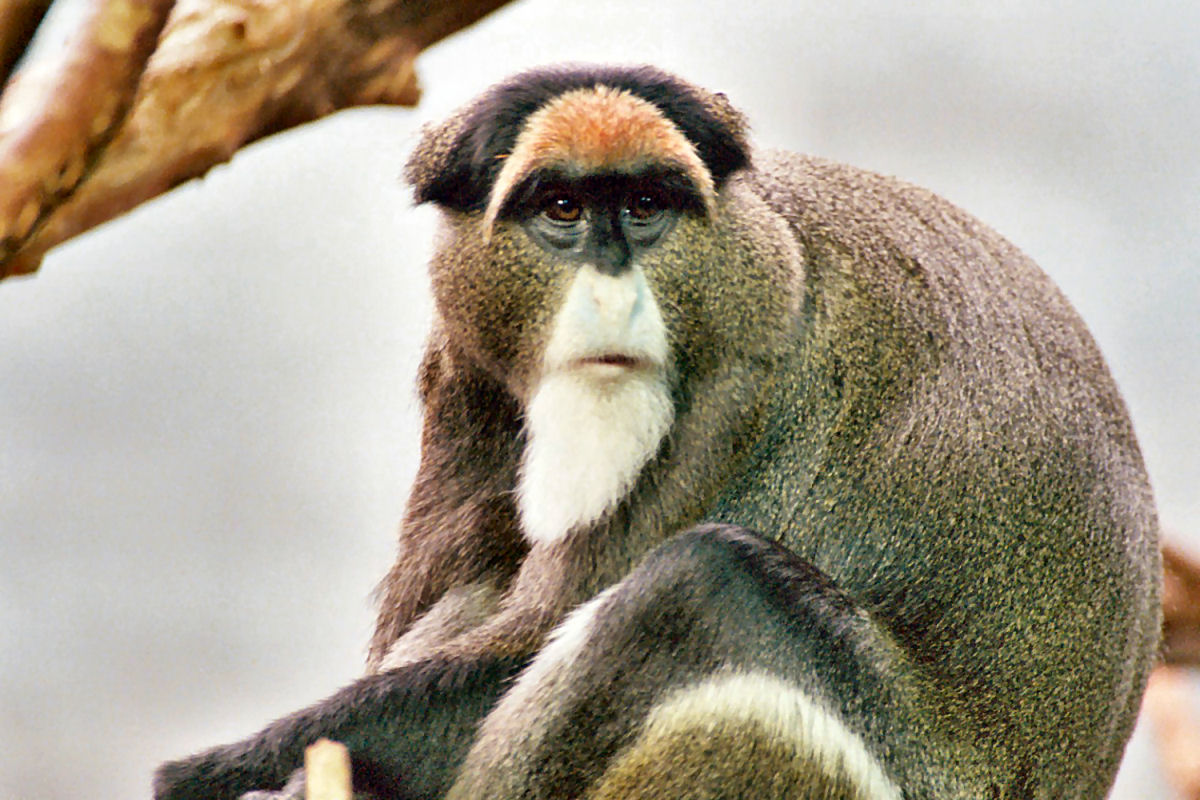 Monkey moustaches reveal Evolution of facial hair. Moustaches, beards, bushy eyebrows and other can’t miss facial hair might have first evolved in primates to help them easily recognise each other in the forest environment. Primates rely a lot on vision in their social networks and increasingly so at the expense of other senses. A computer model analysed the facial traits of monkeys to help determine the function of these traits and why and how they evolved in the first place. For high rain forest canopy species, there seems to have been selection for a role for facial appearance in species recognition. Individual recognition occurs because of social groups, so the facial hair doesn’t need to encode the age and sex of the individuals. For breeding and other purposes, it is important to recognise quickly their own kind.
However, in humans, moustaches and beards are a sexually dimorphic trait, which suggests role in mate choice or in individual competition. 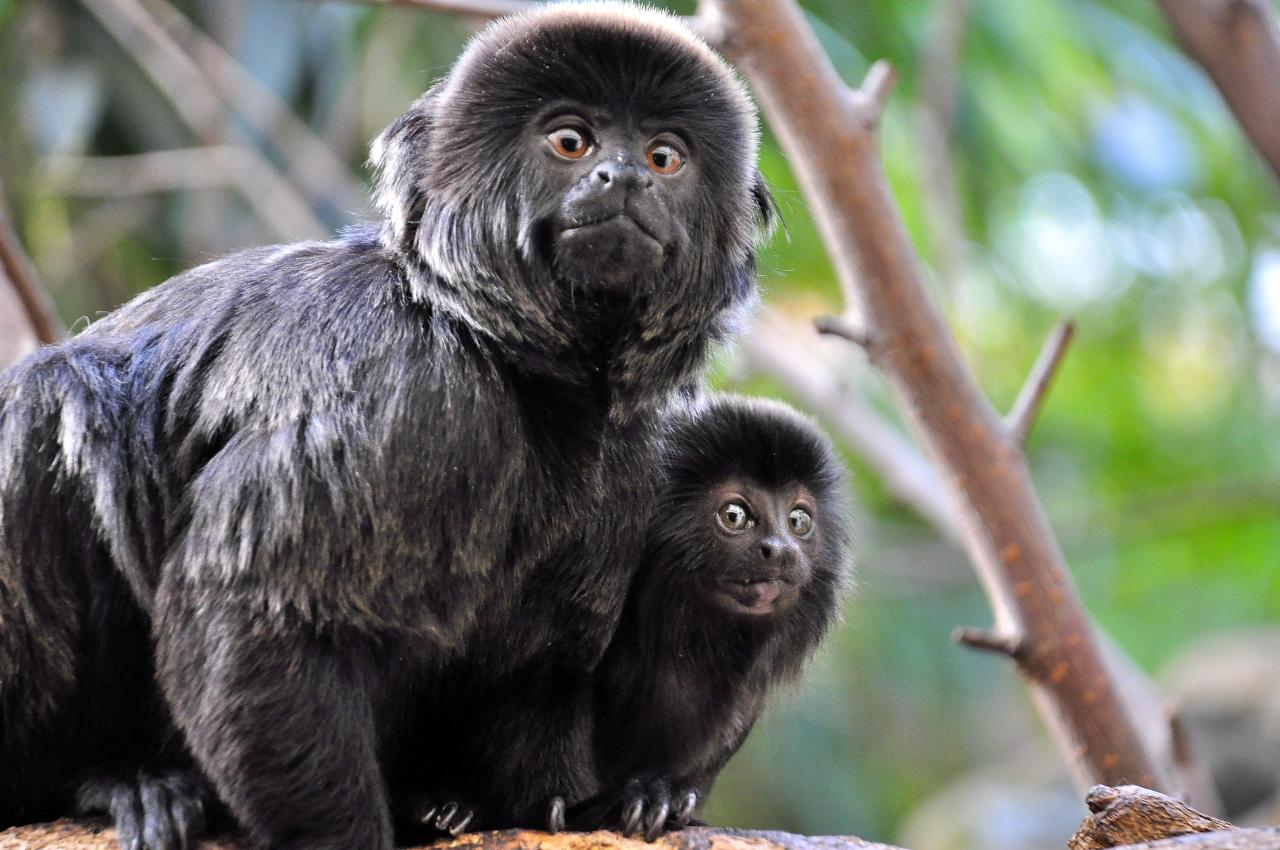 05/02/15 Monkeys reached Americas about 36 million years ago, crossing the ocean from Africa

Monkeys reached Americas about 36 million years ago. Peruvian teeth fossils suggest ancient African primates somehow crossed the ocean, around 10 million years earlier than previously thought. Scientists believe first primates travelled to South America, which was once an isolated island before it joined the North America three million years ago, from Africa on natural rafts that drifted across the Atlantic Ocean. The two groups of primates then evolved separately to create distinct families. The ancestral monkey would have been small comparable to today’s tamarins Callimico and some species of Saguinus. 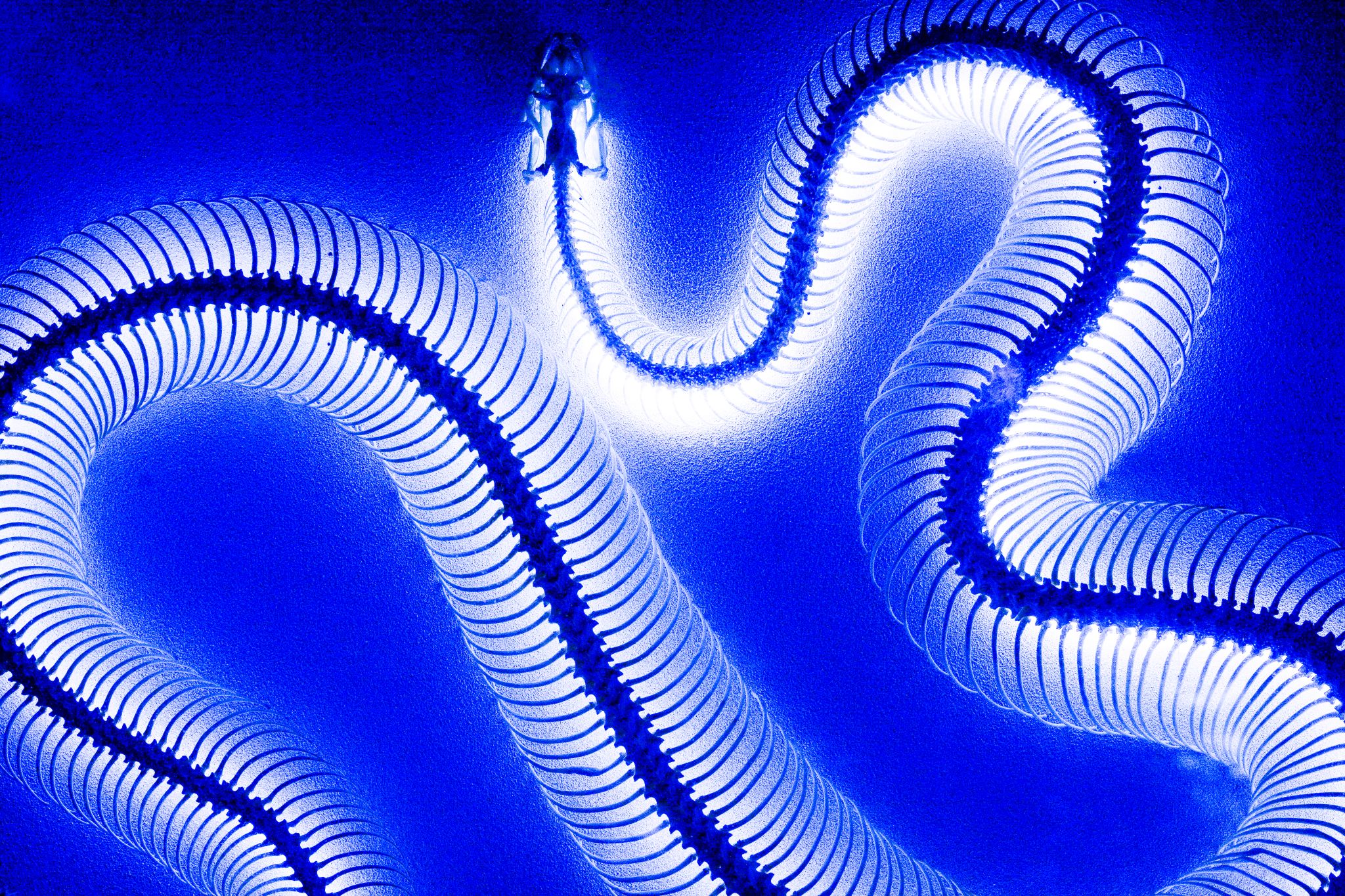 Scientists have found the fossilised remains of four ancient snakes which they think could be over 140 million years old – much older than previously believed. The fossils were found in the UK, Spain and the US and it is hoped that these fossils could help better understand the evolution from lizards (with limbs) into modern day snakes. 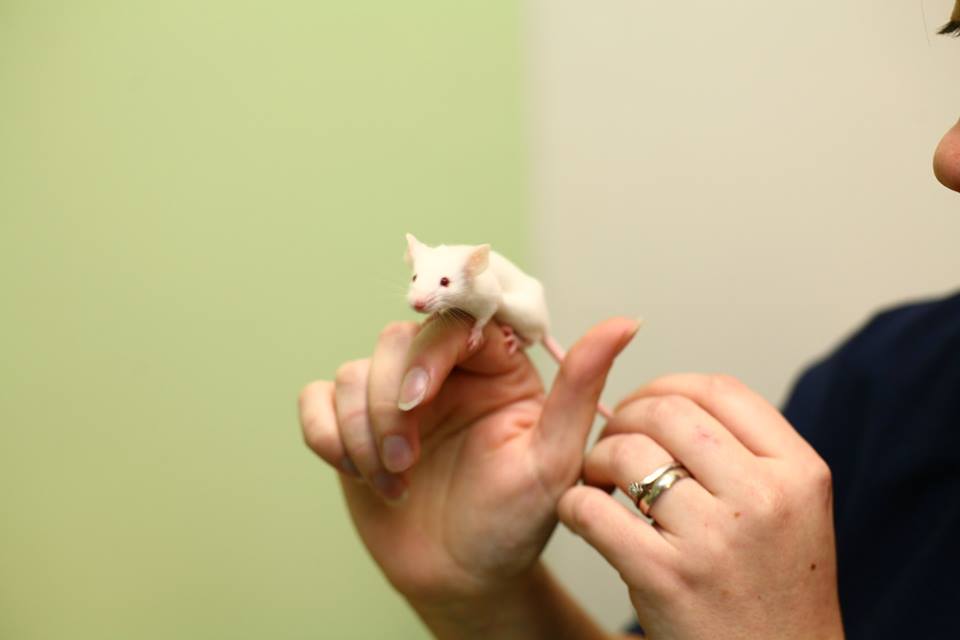 Evolutionary competition between mice can lead them to evolve better, not bigger, balls. Researchers in the University of Western Australia found that mice could evolve to produce more sperm without having bigger testes. This runs against findings from earlier studies in primates. 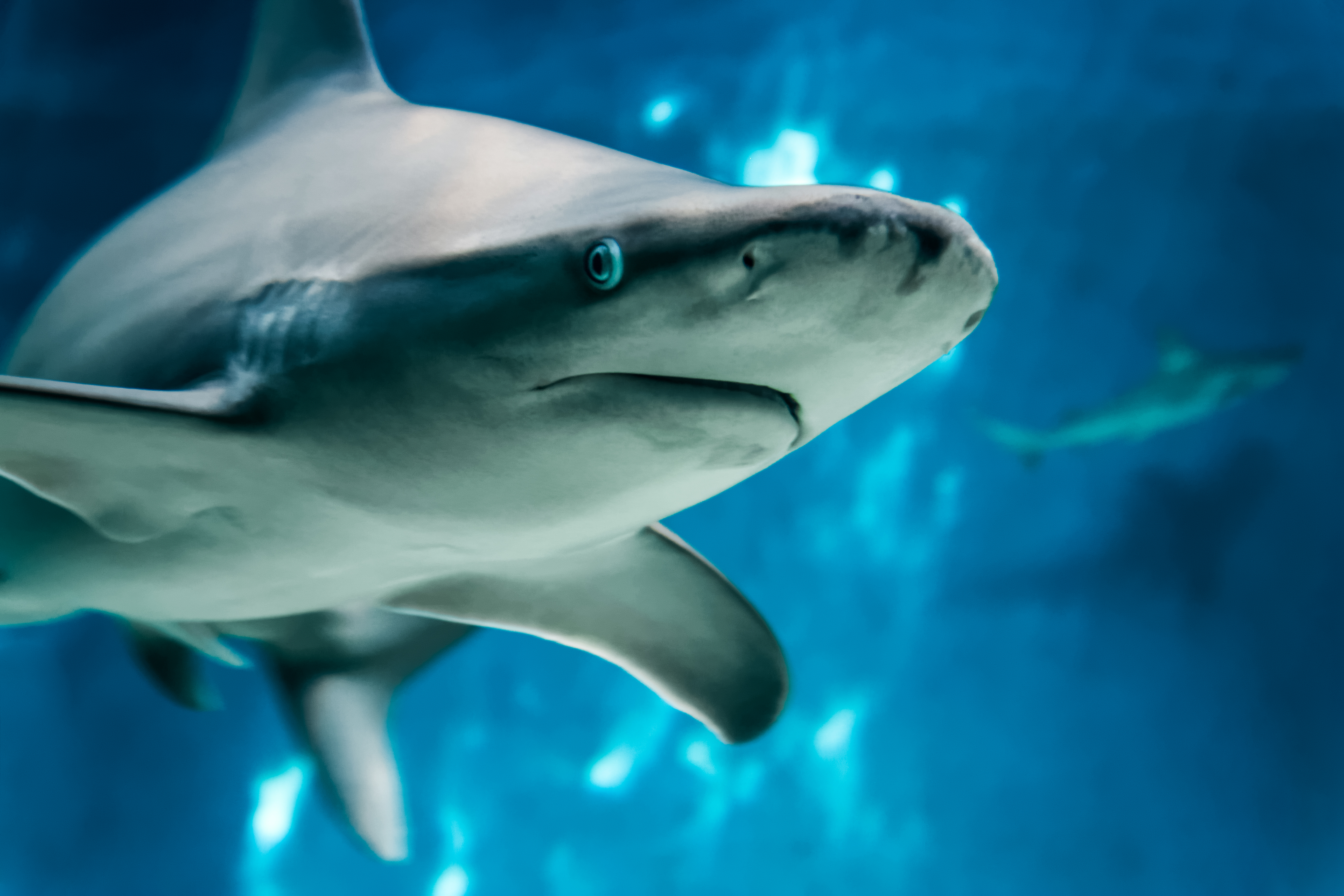 Ancient fish fossil may hold the cue to the evolutionary divergence between sharks and fish. The biggest difference between both of them is their skeleton, sharks have a cartilaginous skeleton compared to fish that have a bony one. The fossil fish has a skull with large bony plates like today’s fish but the traces of the nerves and blood vessels around the brain resemble those of cartilaginous fish. The findings suggest that the common ancestor of both vertebrates had features of bony fish that were lost in the cartilaginous fish, like the bony plates in the skull. 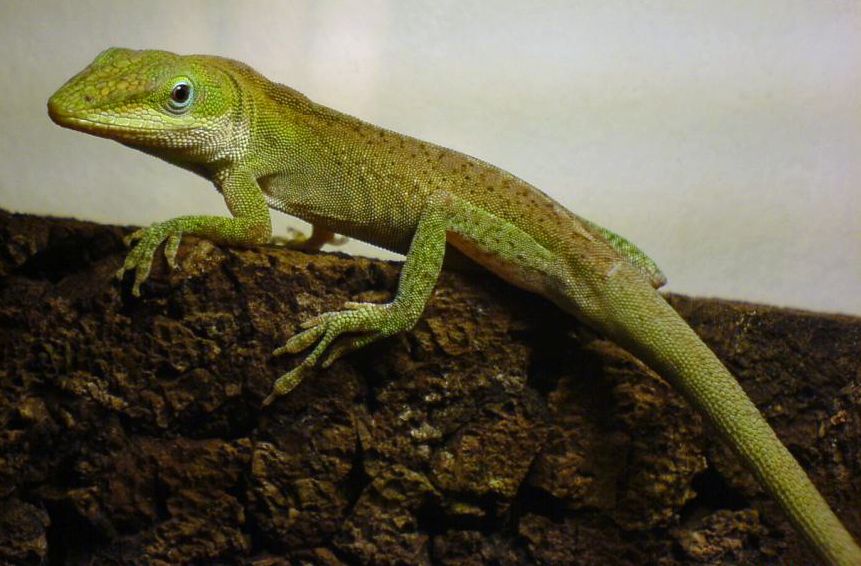 Bowhead whales can live for more than 200 years but do not get many age-related ailments. To study this, scientists have sequenced the whale’s genome which brought to light two genes they believe to be linked to cancer resistance and DNA repair. 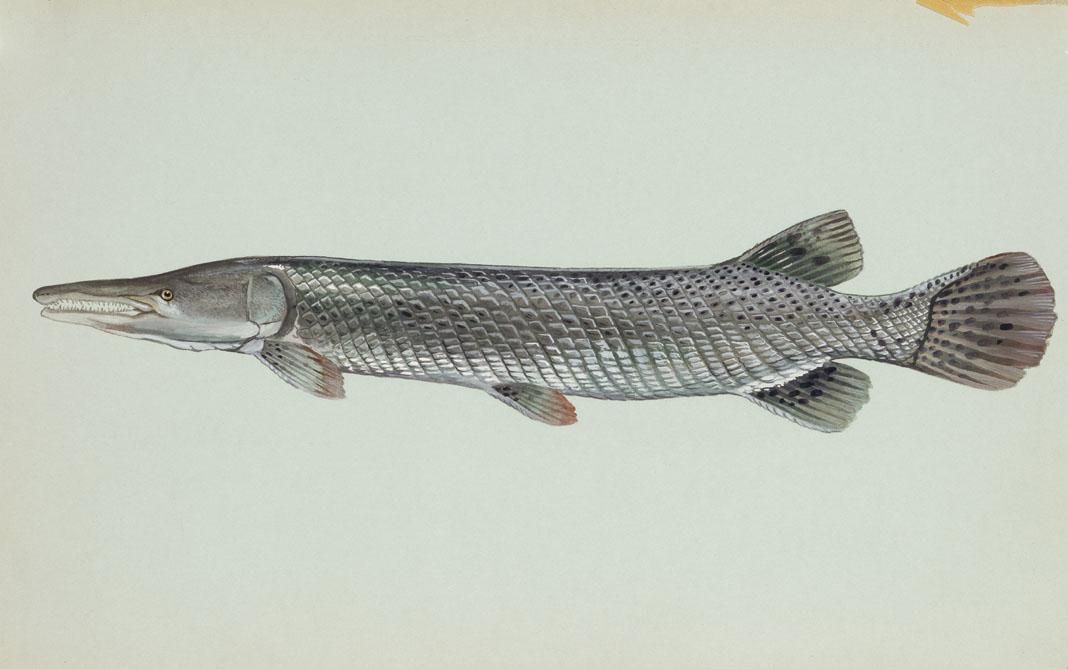 Scientists have found a genetic link between hands and fins in the switches controlling genes related to the development of fins and hands in gar fish and mice.