Asthma is an allergic reaction in the airways of the lungs, and is one of the most common chronic illnesses affecting all age groups in modern society. Worldwide, it is estimated that 330 million people suffer from asthmaANCHOR. 5.2 million people in BritainANCHOR, including one in ten childrenANCHOR, are currently receiving treatment for asthma. It is the most common reason for admission of children to hospital. If untreated, it causes a lifetime of suffering and can be lethal. Asthma is not just a public health problem for 'developed' countries - over 80% of asthma deaths occurs in low and lower-middle income countriesANCHOR. It is predicted that without urgent action asthma deaths will increase by almost 20% in the next 10 yearsANCHOR.

What is asthma and what causes it?
Inhaled medicines to relieve the symptoms of asthma attacks
Recent treatments
The need for continued research into asthma
References

What is asthma and what causes it?

Asthma reactions can be provoked by any one of 200 irritants, or allergens, such as the house dust mite, cat dander, pollen, or certain foods. Attacks can also be brought on by exercise, emotional disturbance and infections like bronchitis. The underlying causes are not known, although there appears to be a genetic component. Prevention, by  avoiding exposure to allergens, would be the ideal solution, but this is far from easy and in many cases is impossible.

While there is no evidence that air pollution causes asthma, it can aggravate the condition in people who are already susceptibleANCHOR. Hence during periods of poor air quality, there is a rise in the number of hospital admissions due to acute asthma attacks.

Asthma is a narrowing of the airways of the lungs, made worse by allergens and eased by medication. The inflamed airways become irritable, leading to bouts of coughing, wheezing, breathlessness and chest tightness. The symptoms can be reversed by treatment, but they can be severe and are sometimes fatal.

Inhaled medicines to relieve the symptoms of asthma attacks

Asthma therapy relies on inhaled medicines both to suppress the underlying inflammation and to relieve airway constriction. The former, used regularly as 'preventers', are glucocorticosteroids such as beclomethasone and budesonide. These drugs are based on cortisol, chemical which occurs naturally in the body. Animal experiments and studies have played a vital role in the discovery and characterisation of the glucocorticosteroids introduced from the 1960s onwards, most of which are given by inhalation to avoid the effects associated with oral steroids such as cortisolANCHOR. Sodium chromoglycate is another type of inhaled 'preventer', and interestingly this was discovered in the late 1970s by the scientist and asthmatic, Roger Altounyan, who conducted many experiments on himselfANCHOR.

The second type of inhaled medicines are the bronchodilators or 'relievers' that bring rapid relief from symptoms. Development of bronchodilators in the late 1960s was one result of the discovery of the existence and action of chemical nerve transmitters by Otto Loewi, working on frogs in the 1930s. He discovered that chemicals such as adrenaline are released by nerves and act on receptors in organs such as the heart and lungsANCHOR. However, later animal experiments revealed that the first bronchodilators were too short acting and stimulated the heartANCHOR. Further animal work led to more specific bronchodilators which were safer and longer-lasting such as salbutamol and terbutaline. These drugs activate ß2 adrenoceptors located in airway smooth muscle causing muscle relaxation and thus opening of the airwaysANCHOR.

Both modern preventer and reliever drugs, are refined and more selective versions of the naturally occurring chemicals. One of the great improvements in the treatment of asthma that occurred during the 1990s was the development thanks to animal testing of reliever inhalers with long duration of action (eg serevent). Studies conducted using the guinea pigANCHOR  were enormously beneficial in selecting reliever drugs that had the right properties that enabled asthmatics to take these medicines twice daily to provide protection against the symptoms of asthma. This is of considerable benefit for those asthmatics who suffer night-time awakenings because of their asthmaANCHOR.

Despite these recent medical advances a problem with these existing asthma therapies is that they are usually administered through an inhaler, which makes it difficult to get the dose right, particularly in very young and elderly patients.

Work in the 1960s on the lungs of guinea pigs led to a greater understanding of the function of chemicals that are released by tissues when normal biological processes are disturbedANCHOR. In 1979, substances called leukotrienes were discovered to be the principal cause of the symptoms of allergic and inflammatory conditionsANCHOR,ANCHOR.

Animal experiments in guinea pigs and then primates led to the development of leukotriene-receptor antagonistsANCHOR. These drugs, introduced in 1998, were the first new type of treatment of asthma in 20 years. The advantage of this new type of therapy is that they can be taken by the mouth. These drugs are effective on all forms of asthma, from the mildest to the most severe.

Since allergens are known to trigger asthma attacks, researchers investigated whether it would be possible to block the effects of the allergen directly. It is known that allergens bind to a protein on the surface of cells in the airways which initiates an asthma attack. Blocking this receptor might prove to be of benefit in patients with allergic diseases. In the early 1990s an antibody was discovered which could block the ability of allergens to trigger an allergic responseANCHOR. This new type of therapy is now being used in the treatment of patients with severe allergic asthma and can also be used in allergic rhinitisANCHOR. This type of therapy needs to be given as injection and is expensive and so there are limits to how widely this type of treatment can be used.

The need for continued research into asthma

Improved medication means that the death rate from asthma is now falling, but there is still a lot we do not know about asthma and its causes. Over the last decade there has been a growing recognition that asthma is more complex than acute wheezing, and that it should be classified as a chronic inflammatory disease of the lungs. There is a recommendationANCHOR by major medical groups such as the British Thoracic Society and the WHO that asthma should be treated early with anti-inflammatory medication, in preference to the symptomatic use of bronchodilators.

Animal experiments are central to the understanding of asthma as a chronic inflammatory disease and to the evaluation of novel drugs for the treatment of this component of asthma. As a result of the human genome project scientists can examine the role of genes which are switched on in asthma. The gene of interest can be removed from mice and then the effect of this gene 'deletion' in models of 'asthma' can be investigated. These studies have not yet delivered new drugs, but many are in the research and development pipeline and some are currently being investigated in clinical trials, the results of which are not yet known. Such developments should lead to better treatments and show that animals play a vital role in the development of current and future asthma drugs. 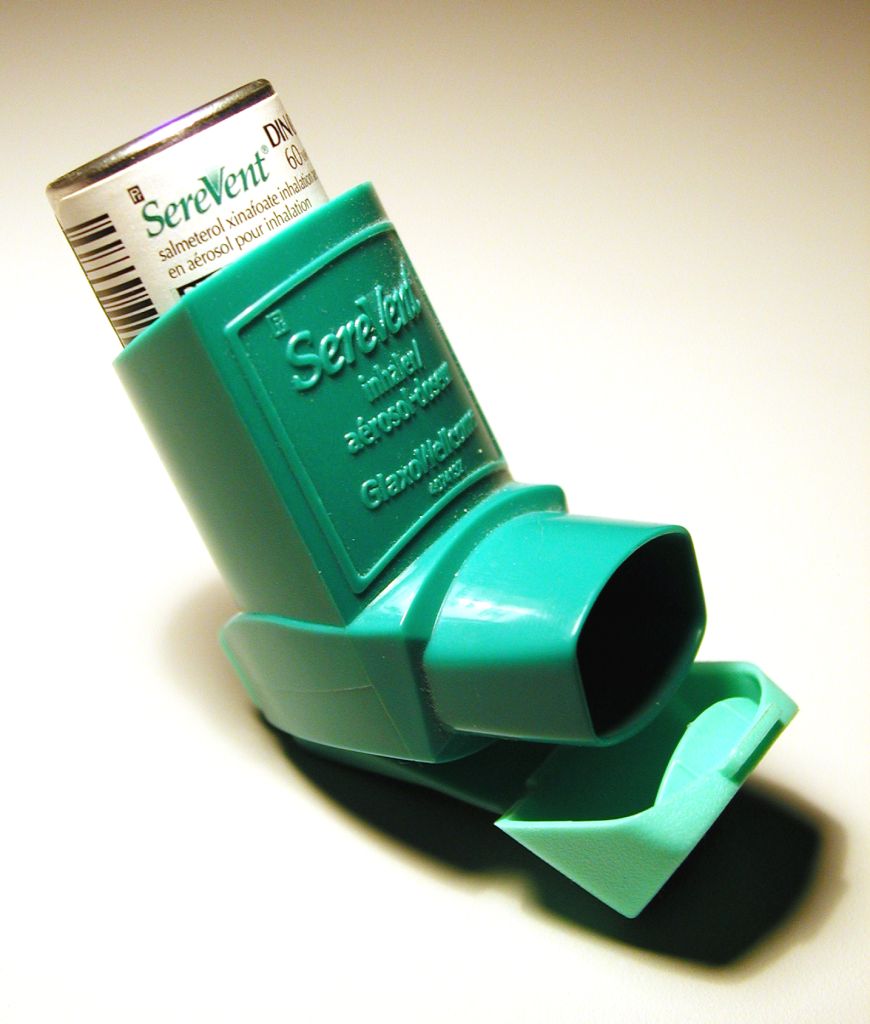