Autism is a range of conditions collectively known as autism spectrum in social situations when needing to interpret signs of communication between people. Although this is often the case, there is a great range of symptoms across people with autism and these can change over time, making it difficult to define autism or systematically diagnose it.

Mice are an important part of this research as they can model certain aspects of the condition. Researchers study the mice to examine the effects of treatments on the mice's behaviour including sociability, repetitive behaviour and restricted interests. This research has led to several discoveries of potential causes of autism and allowed work to begin on finding treatments. 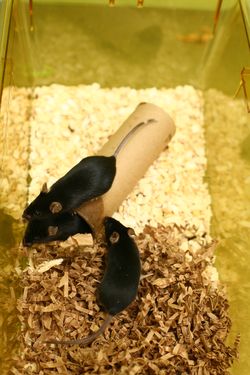 The mice and rats were then given bumetanide, a common drug for high blood pressure that blocks chloride channels in neurons by boosting the effect of the neurotransmitter GABA. This was able to restore chloride levels and brain activity to normal and there were improvements in social behaviours. A clinical trial of bumetanide in children with severe autism has shown improvement to their social interactions and it is hoped that further research can build on thisANCHOR.