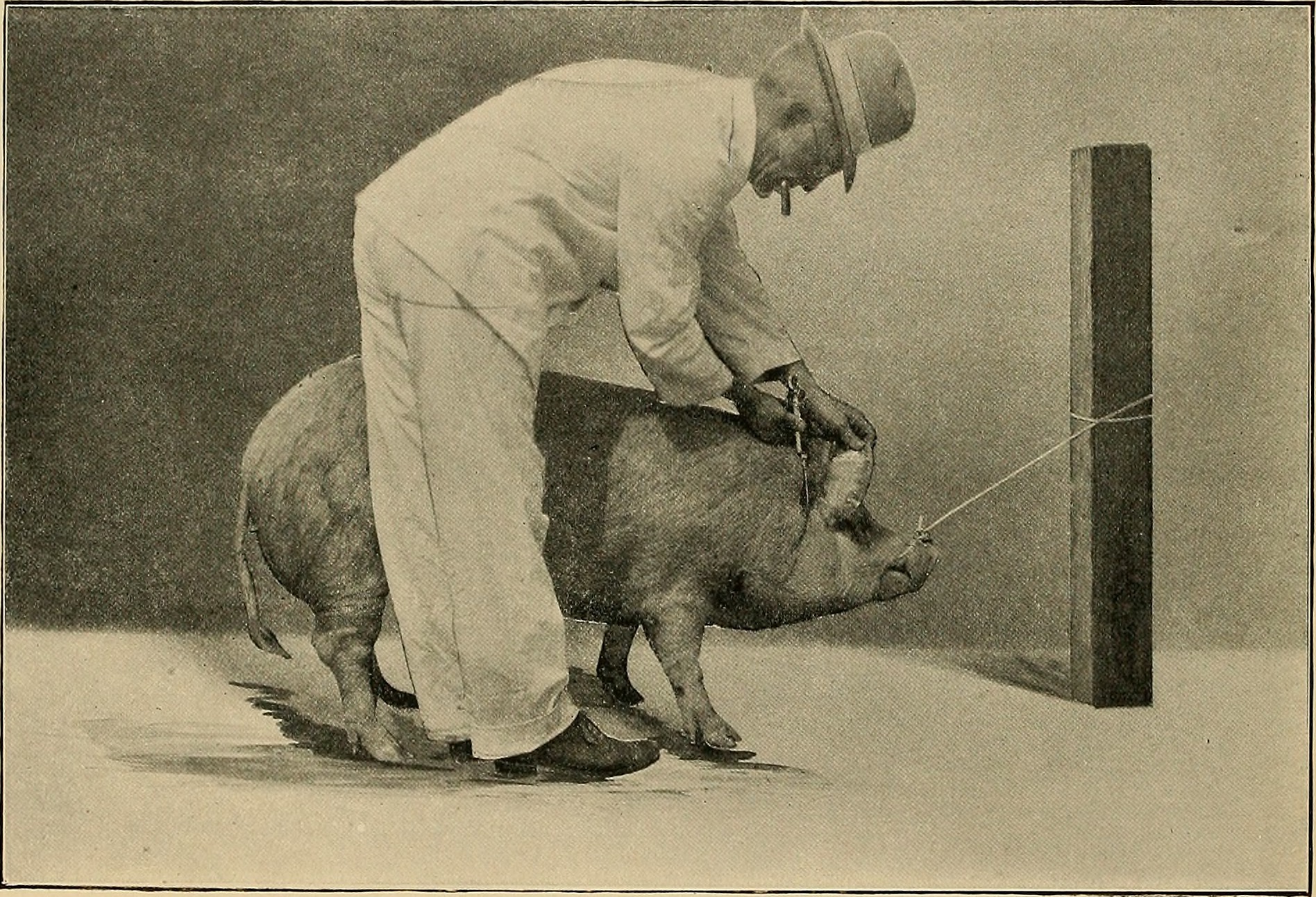 African swine fever (ASF) is a highly contagious hemorrhagic disease of pigs that produces a wide range of clinical signs and lesions that closely resemble those of classical swine fever. Infection, with a highly variable virulence, causes, typically 3-15 days later, high fever, reddening of the skin (visible only in pale-skinned pigs), decreased appetite, listlessness, loss of coordination, vomiting, diarrhoea (sometimes bloody) and eye discharges. Mortality rates can be as high as 100% in domestic pigs and wild boar, with death occurring in less than a week. In some cases, sudden death may be the only clinical sign.

The disease was first described after European settlers brought pigs into areas endemic with ASFV and, as such, is an example of an 'emerging infection'. Although ASFV can be adapted to grow in cells from different species, it does not replicate readily in any species other than swine. Fortunately, African swine fever is not a human health threat.

The virus : one of a kind

The virus belongs to the Asfarviridae family – also known as the African swine fever–like viruses - genus Asfivirus. It is a large, double-stranded DNA virus which replicates primarily in the cytoplasm of cells of the mononuclear phagocytic system. ASFV is the sole member of its genus. It is also the only known DNA arbovirus and the only virus with a double-stranded DNA genome transmitted by arthropods.

Distinct genotypes of ASFV have been differentiated by sequence analysis of the genomes of viruses obtained from different geographic areas over a long time. To date, more than 20 genotypes of ASFV have been identified, most from wildlife in Africa. Depending on isolates, virulence of ASFV vary greatly, from highly pathogenic viruses that kill most pigs to strains that result only in seroconversion.

ASF virus is relatively tough and can survive in the environment and in pig carcasses for a long time. Curing and smoking pork products does not destroy it. Its main method of spread from country to country is via waste uncooked pork products fed to pigs. The virus is highly resistant to a wide pH range and to a freeze/thaw cycle and can remain infectious for many months at room temperature or when stored at 4°C. In unprocessed pig meat the virus can remain viable for several weeks, unless it is inactivated by heating to 70°C for 30 min.

The virus is found in all body fluids and tissues and persistently infects its natural hosts, warthogs, bushpigs, and the soft ticks of the Ornithodoros genus, which are thought to act as a vector.

ASFV is endemic to sub-Saharan Africa, with a few outbreaks recorded outside the continent. Changes in production practices and increasing globalisation have increased the risk of its introduction into other regions.

It exists in the wild through a cycle of infection between ticks and wild pigs, bushpigs, and warthogs. ASFV is maintained in Africa by a natural cycle of transmission between warthogs and the soft tick vector O. moubata, which inhabits warthog burrows and from which it is unlikely ever to be eliminated.  The tick will ingest the virus when taking a blood meal and then pass it on when feeding on susceptible animals. The spread of virus from the wildlife reservoirs to domestic pigs can be by the bite of an infected soft tick or by ingestion of warthog tissues. However, pigs usually become infected via the oronasal route by direct contact with infected pigs or by ingestion of waste food containing unprocessed pig meat or pig meat products.

The primary route of infection is the upper respiratory tract, and virus replicates in the tonsil and the lymph nodes draining the head and neck, rapidly leading to a generalised infection via the bloodstream. High concentrations of the virus are then present in all tissues. The factors that cause the hemorrhagic lesions are not fully understood, but severe disruption to the blood clotting mechanism may play a major role. ASFV is mainly excreted by the upper respiratory tract but is also present in secretions and blood.

There is no treatment for ASF, and all attempts to develop a vaccine have so far been unsuccessful. Therefore, rapid biosecurity measures are essential to prevent an outbreak from spreading, especially since the cost of eradication is significant. In the past, heat treatment was used to inactivate viruses in pig swill (scraps fed to pigs) and prevent the entry of ASFV into areas free of this disease. However, there was a risk that the virus may not be completely inactivated, therefore feeding swill to pigs has now been completely forbidden in some countries.

Prevention depends on ensuring that neither infected live pigs nor pig meat products are introduced into areas free of ASF. Sanitary measures, control of movement and treatment of waste food must be ensured. Subsequently, a serologic survey of all pig farms within a specific control zone must be conducted to ensure that all infected pigs have been identified.

The prevention measures often depend on whether the disease is endemic to the country or not. Prevention in countries free of the disease depends on stringent import policies, ensuring that neither infected live pigs nor pork products are introduced into areas free of ASF. This includes ensuring proper disposal of waste food from aircraft, ships or vehicles coming from infected countries. In endemic areas, it is difficult to eliminate the natural reservoir in warthogs; however, control of the soft tick vectors is important in preventing the disease. It is also important to ensure that meat from warthogs or infected animals is not fed to susceptible pigs.

All successful eradication programs have involved the rapid diagnosis, slaughter and disposal of all animals on infected premises, thorough cleaning and disinfection, removal of insects, movement controls and surveillance.

The European Union has laid down prevention and control measures to be applied where African swine fever is suspected or confirmed either in holdings or in wild boars. These include information measures and measures to prevent and eradicate the disease. The overarching piece of legislation providing the tool for the control of African swine fever in the EU is Council Directive 2002/60/EC of 27 June 2002.

Researching ASFV plays also a big role, scientists hope to gain a better understanding of how the virus works and use this information to produce vaccines. Researchers are looking at finding the genes that are involved in lowering the immune systems response and deleting them so that the modified virus can then be used as a vaccine. Alternatively, the proteins of the virus are being screened to find which would be best at creating a protective immune response.