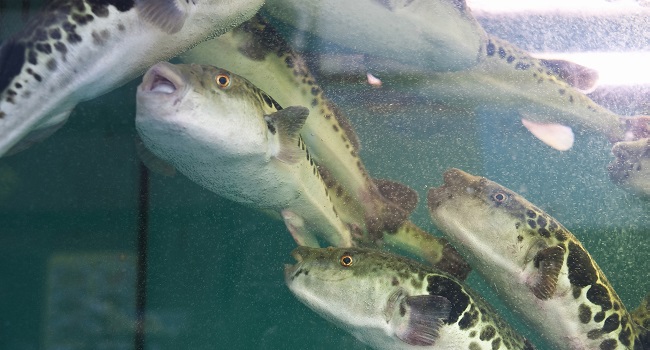 Fugu rubripes—the tiger pufferfish—is a toxic, inflatable wonder-fish, with a compact genome eight times smaller than the human genome. Despite some extraordinary similarities with human DNA, their genomes are largely free of so-called ‘junk’ DNA—although this ‘junk’ may have functions that are yet to be understood.

Scientists have used this streamlining like a Rosetta stone, to help unlock corresponding information in the human genome. So far, one analysis of Fugu DNA has predicted the existence of 900 as-yet undiscovered human genes.