English > Animals in research > Why Animals are Used 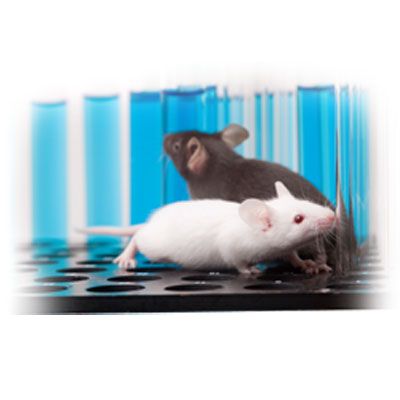 Why Animals are Used

Animals are used in research when there is no other way to do the science. In places such as the UK and the EU, this is written into law and it is illegal to use an animal in research where there is a practical alternative.

There are four main reasons why animals are used in research:

To improve our understanding of biology

Fighting disease – in both humans and animals – depends on understanding biological processes which are sometimes very subtle and complex. Large parts of animal and human biology work in the same or in very similar ways, not just in vital functions such as breathing, digestion, movement, sight, hearing and reproduction but at the level of basic cell processes too. That means we can study how bodies work by running experiments in animals that would be impossible in human volunteers, and this is where most research animals are used. Studying how healthy bodies function often reveals what is happening when things go wrong.

Many very complex biological systems such as nervous and immune systems follow the same basic organisation and function in all animals. That means that even simple animals can be used to study these systems. A lot of what we know about brain cells (neurons) comes from studying the giant squid, for example, and microscopic nematode worms have helped in our understanding of brain diseases such as Alzheimer’s which causes dementia.  The law says that wherever a simpler animal can be used, whether it’s a squid, worm or fruit fly, it must be.

As models to study disease

Humans and animals share hundreds of illnesses, so animals often act as models for the study of human disease. Mice, for example, suffer from many of the same cancers that afflict people, which is one reason why they are the animals most used for cancer research. Where there are differences, it is often possible to create an animal model which is close to the human condition. This may not be perfect, but it allows studies which would be impossible without animals, we cannot infect human volunteers with deadly diseases, after all.

The vast majority of animal models of disease are mice, but other animals are used too. Rabbits suffer from atherosclerosis (hardening of the arteries), as well as diseases such as emphysema, and birth defects such as spina bifida, for example. Dogs naturally suffer from cancer, diabetes, cataracts, ulcers and bleeding disorders such as haemophilia.

From animal models we have learned how many diseases work, how the immune system responds, why some people are more vulnerable than others and what we can do to fight back.

Recent advances in genetic technology have allowed the development of transgenic animals, which have new genes inserted into their DNA, allowing them to develop human diseases which do not naturally affect them. This has allowed researchers to create many animal models of human diseases which were previously difficult to study, usually using mice.

Animal models also help researchers to experiment with new kinds of therapy in ways which would be impossible in humans. New therapies for people with serious spinal injuries, for example, may be modelled on rats which have been surgically prepared. These surgeries are always carried out with anaesthetic and pain control medication to minimise any discomfort to the animal.

Sometimes it is the differences between animals and humans rather than the similarities that matter. The fact that other mammals are less susceptible to certain human diseases might give us a clue as to why the disease occurs, if we can locate a difference in the expression of particular genes, for example.

To develop and test potential forms of treatment

Many potential treatments work in theory, but they need to be tested in a living body to make sure they work in practice. Very often it is only possible to do this safely in an animal.  A new vaccine that affects the genetic make-up of cells, for example – such as some of those developed to combat COVID-19 – can work very differently in the petri dish to the way it works in a living organism,  and there may be hidden dangers lurking.

Before any new treatment is tried in humans, we will need data from animal studies to ensure it is likely to be effective and to help us understand what the side effects are likely to be.

It is not just medicines that need to be tested to make sure they are safe. Diagnostic tools such as scanners, and implants such as heart pacemakers or artificial hips, are safe and effective only because they were developed and tested in animals. Many surgical techniques, such as open heart surgery and heart transplants, rely on methods and equipment that were developed using animals.

To protect the safety of people, animals and the environment

New medicines require testing because researchers must measure both the beneficial and the harmful effects of a compound on a whole organism. A medicine is initially tested in vitro using tissues and isolated organs, but legally and ethically it must also be tested in a suitable animal model before clinical trials in humans can take place.

The animal tests provide data on efficacy and safety. They not only identify potential safety concerns, but also determine the doses which will be given to volunteers and patients during the first human trials.

Testing on animals also serves to protect consumers, workers and the environment from the harmful effects of chemicals. All chemicals for commercial or personal use must be tested so that their effect on the people and animals exposed to them is understood. The chemicals that we use day-to-day can accumulate in the water, ground or air around us, and their potential impact on the environment must be researched thoroughly.