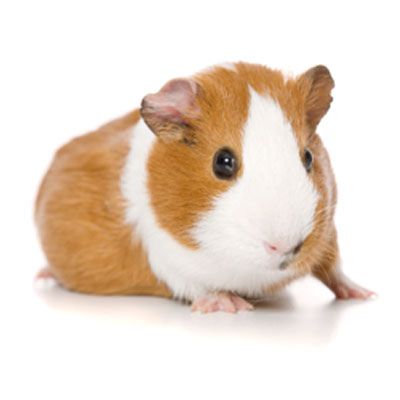 Read some of the most common questions we get asked.

Shouldn't we use humans to study human diseases? Shouldn't we be using alternatives instead? Can't most diseases be prevented through lifestyle or other changes? Don't we already know how the body works? Does animal research work? Why do we still need to use animals in research? Aren't animals different to humans? Where do medicines come from? Did animal experiments delay the development of penicillin?

Shouldn't we use humans to study human diseases?

It is not always possible, or ethical, to use humans to study disease. By law, all drugs and medicines are required to be tested on animals, to protect the human rights of people who volunteer for drug trials. This testing is not expected to prevent all side effects, but may indicate the type of problem that could occur.

- Studies are carried out on human volunteers in fundamental research projects investigating human physiology such as respiration, kidney function or the nervous system. People are only used for these experiments if measurements can be made through behavioural, psychological or non-invasive means.

- Volunteers would be unlikely to come forward for studies which involved surgery which was not necessary for them, or to test drugs which had only been tested in computer models.

- An important part of most animal studies is examination of tissues and organs post mortem, which would not be possible for human volunteers.

- Animal models are often selected for a particular study because of the ways that they differ from humans, as well as the ways they are similar, for example mice share many of the same genes as humans, but breed quickly and give birth to many young, so the effects of an experiment on future generations can be studied.

- Animals can be bred and kept in controlled conditions and fed standard diets to reduce experimental variables.

Shouldn't we be using alternatives instead?

It has proved very difficult to develop non-animal methods to replace the use of animals in research. Most progress has been made in the replacement of animals in safety testing. Once non-animal methods have been developed and validated, and are accepted by the regulatory authorities world wide, then they must be used in preference to the animal tests.

Can't most diseases be prevented through lifestyle or other changes?

Some certainly can, for instance by having a healthy diet and following good hygiene advice, and improving sanitation. One good way of preventing many infectious diseases is by vaccination, developed and tested in animals. But it is difficult to see how genetic diseases such as cystic fibrosis could be prevented or avoided, or how the environment in tropical countries could be improved so radically as to prevent widespread killer diseases such as malaria.

Don't we already know how the body works?

Whilst scientists and doctors know a lot about how the individual cells and body systems function, the way that they interact is very complex, and is not well understood. To develop new therapies and procedures to treat disease and improve the health of animals and people, we need to understand more about the body's systems, working out the details of which cells and organs interact, and how genes control the behaviour of cells. Only then will we be able to develop treatments for disease which do not interfere with the normal function of the body.

The combined weight of many different kinds of evidence from medical and scientific history shows that animal research has played a crucial role in basic and applied research, and in the development and testing of new therapies. It is often useful to look at the role of animals in many examples from history and ask whether the same progress could have been made any other way. There are many examples on this website.

Why do we still need to use animals in research?

There are three main reasons:

2. to develop solutions to medical problems,

3. to protect the safety of people, animals and the environment.

Animals are used when there is a need to find out what happens in the whole living body, which is far more complex than the sum of its parts. It is very difficult, and in many cases simply not yet possible, to develop non animal methods to replace the use of living animals.

Obviously there are differences between animals and people. But under the skin, the biology of humans and other animals, particularly mammals, is remarkably similar. We have the same organs, controlled by the same nerves and hormones, as many other species. Where there are differences, researchers know about them, and such differences can actually help scientific understanding of a particular problem.

Many animals suffer quite naturally from the same diseases as humans, and can be used to study those diseases. In other cases, researchers can use an 'animal model' of a disease which is close to the human condition.

Where do medicines come from?

Most medicines and treatments are only available as a result of extensive research, development and testing over many years - often decades. The study of animals throughout this process gives valuable insights into how the healthy and diseased body works. Targets for new medicines to act on need to be identified in the body, and any undesirable effects that they cause elsewhere need to be understood. Animal studies are also used to show how a medicine is taken into, distributed and processed by the body.

Did animal experiments delay the development of penicillin?

Did animal experiments delay the development of penicillin?