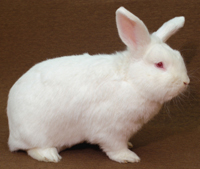 The study of transplant rejection in animals

In 1910, the Nobel Prize winner Alexis Carrel first discovered the phenomenon of rejection during his transplant experiments with dogs and catsANCHOR. In 1916 Little and TyzzerANCHOR also showed in animal experiments that tumours transplanted from one mouse to another of the same strain were not rejected, but mice of a different strain would reject them. In similar experiments in 1937, GorerANCHOR showed that this was due to tissue antigens which could raise antibodies against the tumour and also induce blood clots if injected back into the original tumour bearing mice.

The definitive study of the immunological processes involved in graft rejection was carried out by Peter Medawar, and arose from his studies of skin grafting to treat burn casualties in World War II. Using rabbits in animal tests under tightly controlled conditions, Medawar established that a second skin graft from the same donor was rejected much more quickly than a second graft from a different donor. He also showed that the grafts had been invaded by white blood cells, confirming the immunological nature of graft rejection.ANCHOR

Work by OwenANCHOR using animal experiments with cattle twins and Cannon and William LongmireANCHOR in newly-hatched chicks led to the conclusion that exposing a foetus to genetically different cells led to tolerance of cells of that type in later life. In 1953 Peter Medawar described actively acquired tolerance in animal experiments using miceANCHOR, in which exposure of mouse foetuses to tissue from a different strain later produced tolerance to that tissue. He used strains with different coloured fur, and the photographs of mice with patches of different colours became quite famous. Although this work had no immediate application in preventing graft rejection, it encouraged surgeons in the belief that the problem was not insuperable. Its importance was recognised by the award of a Nobel Prize in 1960.

Development of drugs to control rejection

Early practical attempts to beat rejection involved the use of whole body radiation, studies in mice and dogs having shown that radiation prevented rejectionANCHOR and that the infusion of bone marrow cells helped to ameliorate the subsequent susceptibility to infection.ANCHOR However, this suppression of the immune system was still too dangerous for widespread use in patients.

A significant development in immunosuppression was the observation by Schwartz and Dameshek in animal experiments in 1960 that the anti-cancer drug 6-mercaptopurine (6-MP) given to rabbits could triple the survival time of skin grafts in rabbits.ANCHOR This work was followed up by British surgeon Sir Roy Calne, who showedANCHORthat 6-MP delayed the rejection of kidney grafts in dogs. Better drugs were developed, and azathioprine kept dogs with kidney transplants alive for up to 12 months.ANCHORGeorge Hitchings won the Nobel prize in 1988 for the development of azathioprine. This work led directly to the use of immunosuppressant drugs in patients with kidney grafts, and the one year survival of related donor transplants reached 80% in 1963.

Corticosteroids were soon used in conjunction with azathioprine. However, the next major advance was the discovery in the late 1970s that cyclosporin, extracted from fungus as a potential anti fungal agent, was a potent immunosuppressant in mice. It is now the front-line immunosuppressant drug.ANCHOR Another drug, tacrolimus (FK 506) was introduced in 1989, but seems to share the same toxic effects as cyclosporin. For this reason, drugs to prevent rejection are still being developed and tested in rodents, dogs and monkeys, and some have gone on to clinical trials in patients.