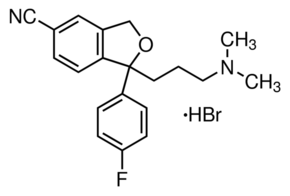 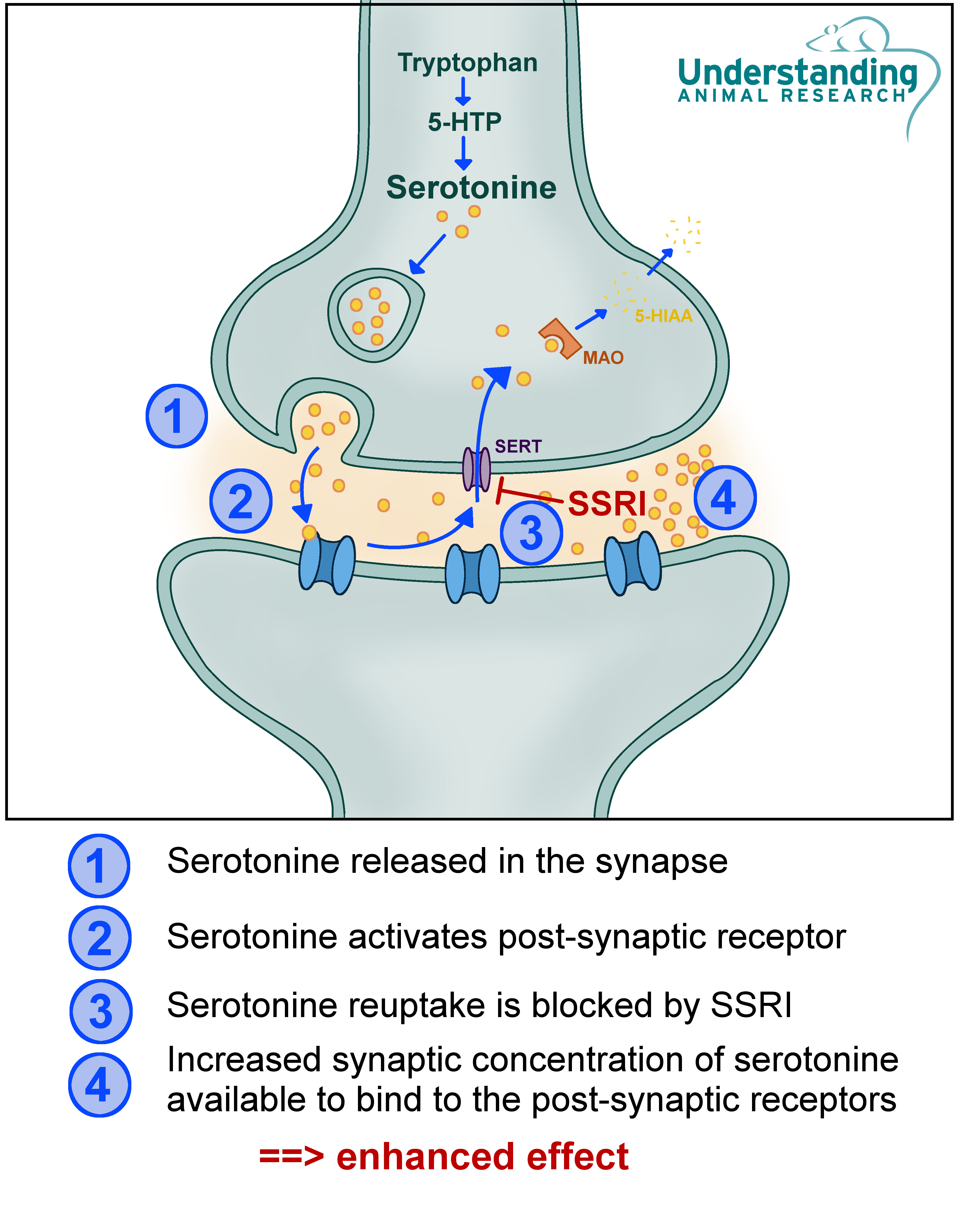 Serotonin is a monoamine neurotransmitter primarily found in the gastrointestinal tract (GI tract), blood platelets, and the central nervous system (CNS) of animals. 90% of serotonin is found in the GI tract where it is used to regulate intestinal movements, the remainder of serotonin is synthesised in serotonergic neurons of the central nervous system. There, it regulates mood, appetite, and sleep and has cognitive functions, including in memory and learning. It is popularly thought to be a contributor to feelings of well-being and happiness.

Selective serotonin reuptake inhibitors are believed to increase the extracellular level of the neurotransmitter serotonin by limiting its reabsorption into the presynaptic cell. An increased amount of serotonin in the synaptic cleft is therefore available to bind to post synaptic receptors, and enhances its effect.