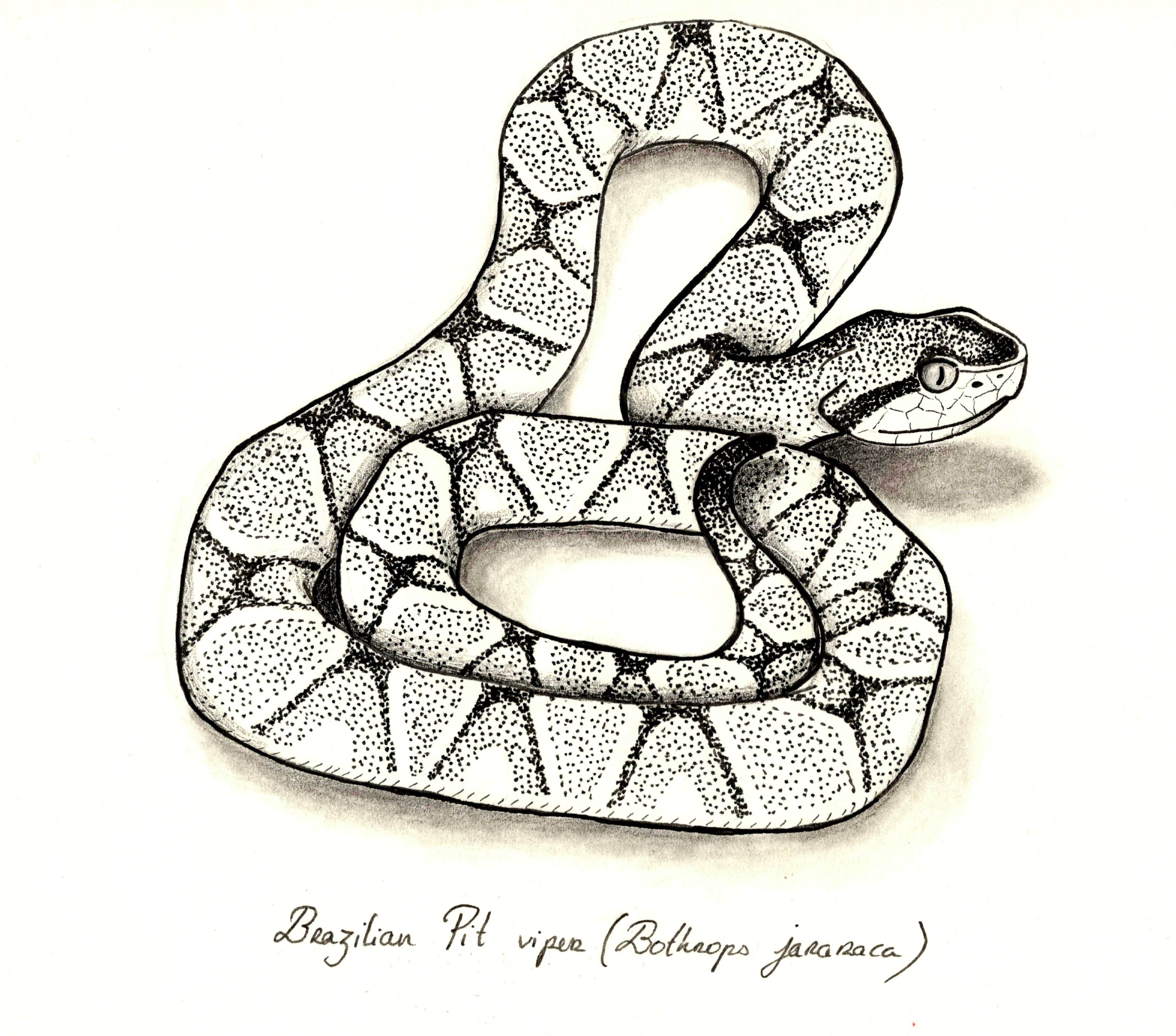 The Brazilian pit viper (Bothrops jararaca) is a species of viper endemic to South America and is an important cause of snakebite in that region.  It is the best-known venomous snake in the wealthy and heavily populated areas of south-eastern Brazil, where it was responsible for 52% (3,446 cases) of snakebites between 1902 and 1945, with a 0.7% fatality rate (25 deaths).

The snake uses its venom to make its prey lose consciousness from a drop in blood pressure. The venom from the snake bite causes local swelling, petechiae (small red or purple spots caused by bleeding into the skin), bruising and blistering but also bleeding of the gums, haemorrhage and incoagulable blood. These symptoms can potentially be fatal.

Local tribes are said to have used the Brazilian pit viper’s venom on their arrow tips to induce blood loss and shock. Based on local knowledge, scientists from the UK and US began looking at the venom, and discovered a compound of interest. It wasn’t long before the company now known as Bristol-Myers Squibb used the compound and patented the drug as their own.

The Brazilian pit viper helped with the first venom-derived drug to obtain approval from the US Food and Drug Administration (FDA): Captopril. The drug acts as an angiotensin-converting enzyme (ACE) inhibitor, which were developed from a peptide found in the venom of this species in 1965 by Brazilian scientist Sérgio Henrique Ferreira.

Captopril effectively turns off one of the body’s main pathways for vein constriction that increases blood pressure. It causes relaxation of the blood vessels, as well as a decreased blood volume, which leads to lower blood pressure and decreased oxygen demand from the heart.

ACE inhibitors were initially approved for the treatment of high blood pressure (hypertension), though it is also prescribed for some types of congestive heart failure and cardiovascular and kidney diseases.

Haemocoagulase enzyme derived from the venom is used as antihemorrhagic drug.