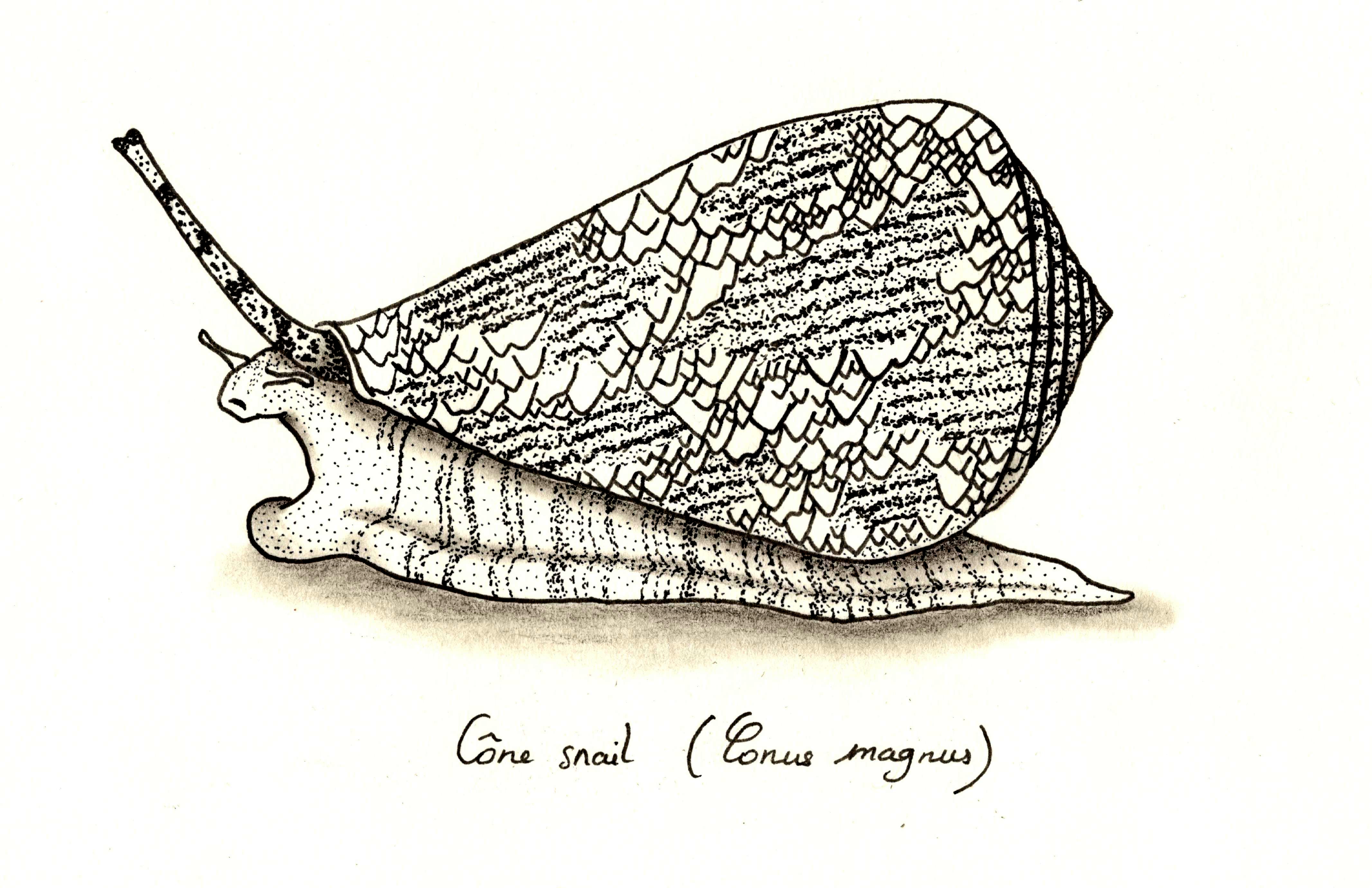 Cone snails (Conus magus) live natively in the Indian and Pacific Oceans, where they feed on small fish. Because their prey is often so much faster than they are, the snails use potent neurotoxins in their venom to immobilize their prey and capture meals. Their venom is held in a gland within a tooth which they fire at prey or enemies like a harpoon. The smaller species produce a painful sting like a bee, but larger ones can be fatal - for any human who has been stung by a cone shell, the chance of mortality is 90 percent. These little snails produce hundreds of different conotoxins, each with its own specific molecular targets, making them one of the most exciting sources of potential new drugs.

A single conotoxin will only bind with a single type of nerve ion-channel. This makes the conotoxins a very precise and effective tool for research. Neuroscientists can reach into this toxic tool chest and switch on or off the precise component of the nervous system they are studying. 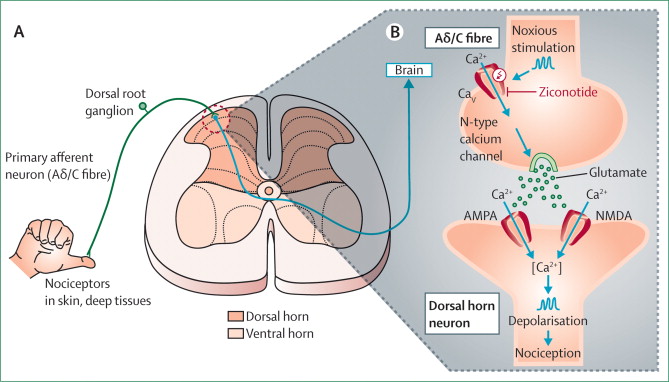 Ziconotide is the first drug based on a conotoxin from cone snails (Conus magus) to have seen the light of day. The magician’s cone snail uses its version of ziconotide not to relieve pain but to paralyse prey. Ziconotide is a synthetic peptide inspired by one the of the snail’s conotoxin. The peptide selectively blocks certain types of calcium channels that neurons rely on when sending pain signals to the brain. This drug is used to relieve chronic pain, but the downside is that scientists were not able to find a way to safely and effectively administer it intravenously or orally, so it has to be directly injected into the spinal fluid to work and thus has a narrow safety range. However, the effect of the peptides is 100 times as large as morphine or gabapentin, the benchmark pain relief drugs. Since the cone-based drugs target different receptors to opiates it is thought unlikely they would produce the same addiction response.

There are already a few other cone snail toxins that have been transformed into potential pharmaceuticals to treat pain, addiction and cancer, awaiting the results of clinical trials.