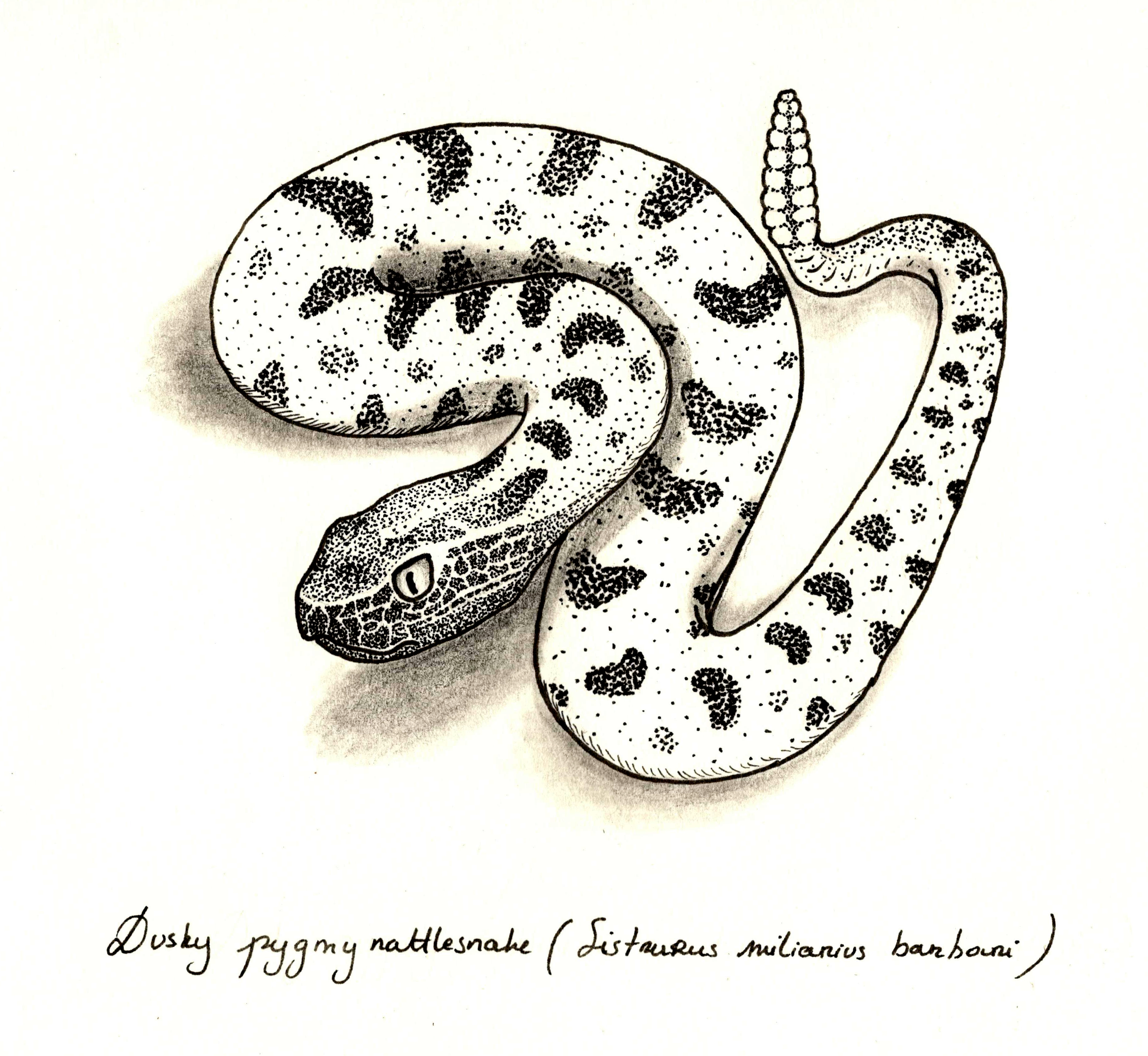 The dusky pygmy rattlesnake (Sistrurus miliarius barbouri) lives throughout several South States of North America. It is one of the most abundant venomous snakes in Florida although in some areas, these snakes are struggling to survive. It has a reputation for protecting itself. While usually not life threatening, its bite can be painful and result in the loss of a digit. According to the University of Florida it has not killed a single person with its venomous bite. That’s not really surprising considering the dusky pygmy rattlesnake grows to a maximum of about two feet long, much smaller than its more dangerous cousins. While not fatal, the venom of the snake is hemotoxic and can cause excruciating pain and swelling.

The venom of the snake contains disintegrins, notably a type called barbourin with an uncommon sequence. This molecule has a high binding activity to a receptor that plays an important role in the aggregation of platelets that can lead to the formation of blood clots. When the venom enters the blood stream, the competitive inhibition of this receptor by barbourin will decrease platelet aggregation, and thus reduce clotting.

Eptifibatide is a peptide designed to mimic a small portion of a protein that was discovered in the venom of the dusky pygmy rattlesnake. It is used as an anti-clotting agent to prevent cardiovascular problems like acute coronary syndromes, heart attack or angina by stopping platelets from aggregating.