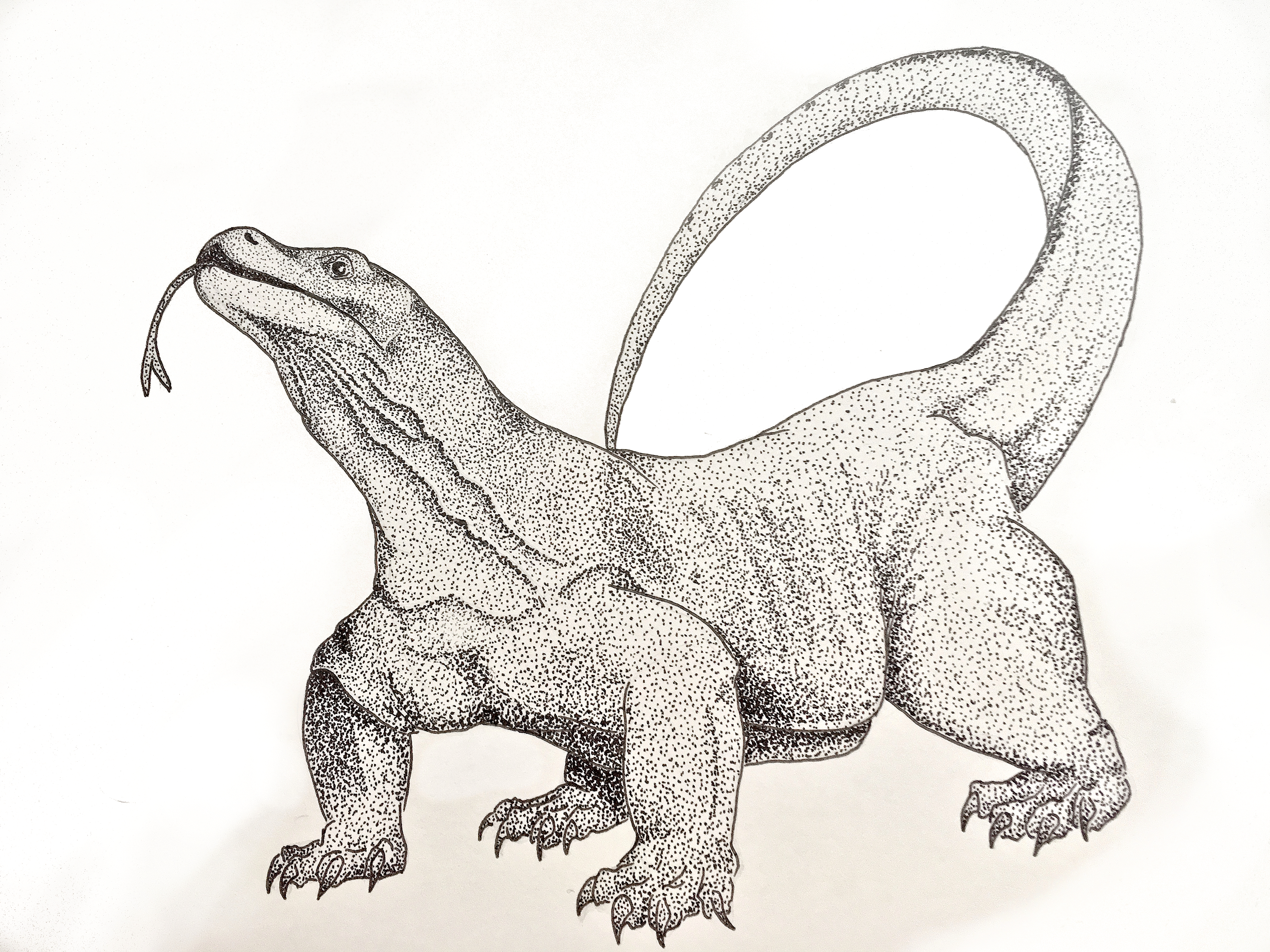 Komodo dragons are the largest, heaviest lizards in the world and one of the few with a venomous bite. These massive lizards live on five small islands in Indonesia and eat almost everything, from deer to large buffalos and even humans. How? They lay and wait, using their tongue to detect the scent of potential prey. With only one bite, the prey has little chance of survival. If the toxins that lower blood pressure, cause massive bleeding, prevent clotting, and induce shock, don’t do the job, then some of the 80 bacterial strains living in the Komodo’s mouth certainly will

Indeed, Komodo dragons have a mouth full of different aggressive bacteria, some of which can even cause blood poisoning or sepsis. But these somehow do not affect the dragon – suggesting that they are immune.

The answer lays in the dragon’s blood. Serum from these animals had already shown to have antibacterial activity. And now, scientists from George Mason University have isolated substances in the blood of a Komodo dragon that appear to have powerful germ-killing abilities.

Substances known as cationic antimicrobial peptides (CAMPs) are produced by nearly all living creatures and are an essential part of the innate immune system. So, the researchers tried to isolate CAMPs from Komodo dragon blood, as they previously had done with alligator blood in order to expand the library of known CAMPs for therapeutic studies.

The scientists incubated Komodo dragon blood with negatively charged hydrogel particles capable of capturing the positively charged peptides of interest. They managed to identify and sequence 48 potential CAMPs with mass spectrometry. All but one of these was derived from histone proteins, known to have antimicrobial activities. Eight were synthesized and tested against the bacteria Pseudomonas aeruginosa and Staphylococcus aureus. Seven of the peptides showed significant potency against both bacteria while the eighth was only effective against P. aeruginosa. But only eight of the discovered molecules were tested. Komodo dragon blood plasma contains a host of other potentially viable antimicrobial peptides that could help lead to new therapeutics.

Inspired by the discovery, the researchers created a similar chemical in the lab and dubbed it DRGN-1. The antimicrobial capacity of the molecule was tested in mice infected with the two bacterial strains, the "superbugs" Pseudomonas aeruginosa and Staphlyococcus aureus, also known as MRSA, which are particularly hard to treat as the bacteria stick together to form colonies or biofilms that are much more resistant to antibiotics. The results were very conclusive and showed that DRGN-1 has three valuable properties: It punches holes in the outer membranes of both gram-negative and gram-positive bacteria, it dissolves the biofilms that glue bacteria together, and it speeds skin healing by promoting the migration of skin cells to close the wound.

Although it has only been tested on mice and on only two bacteria strains, the researchers believe DRGN-1 is a good candidate for additional studies and possible development as a topical therapeutic agent for infected wounds. They are currently developing DRGN-1 for formulation and stability, getting ready for possible pre-clinical testing. “We are looking at both veterinary and human applications. We are also studying additional promising peptides from the Komodo dragon as their blood is a “rich source” of potential antibiotics.” Dr. Van Hoek and her colleagues are testing more than 40 other substances isolated from it.

New antibiotics like the DRGN-1 peptide are needed because of the increasing resistance of bacteria to the currently available antibiotics. The multi-pronged effects of the DRGN-1 peptide are ideally suited for treating wounds infected with more than one bacteria as it is active against bacteria with different cell wall structures. The peptide is also able to help the host to close the wound faster. Thus, it can also potentially be used on uninfected wounds.