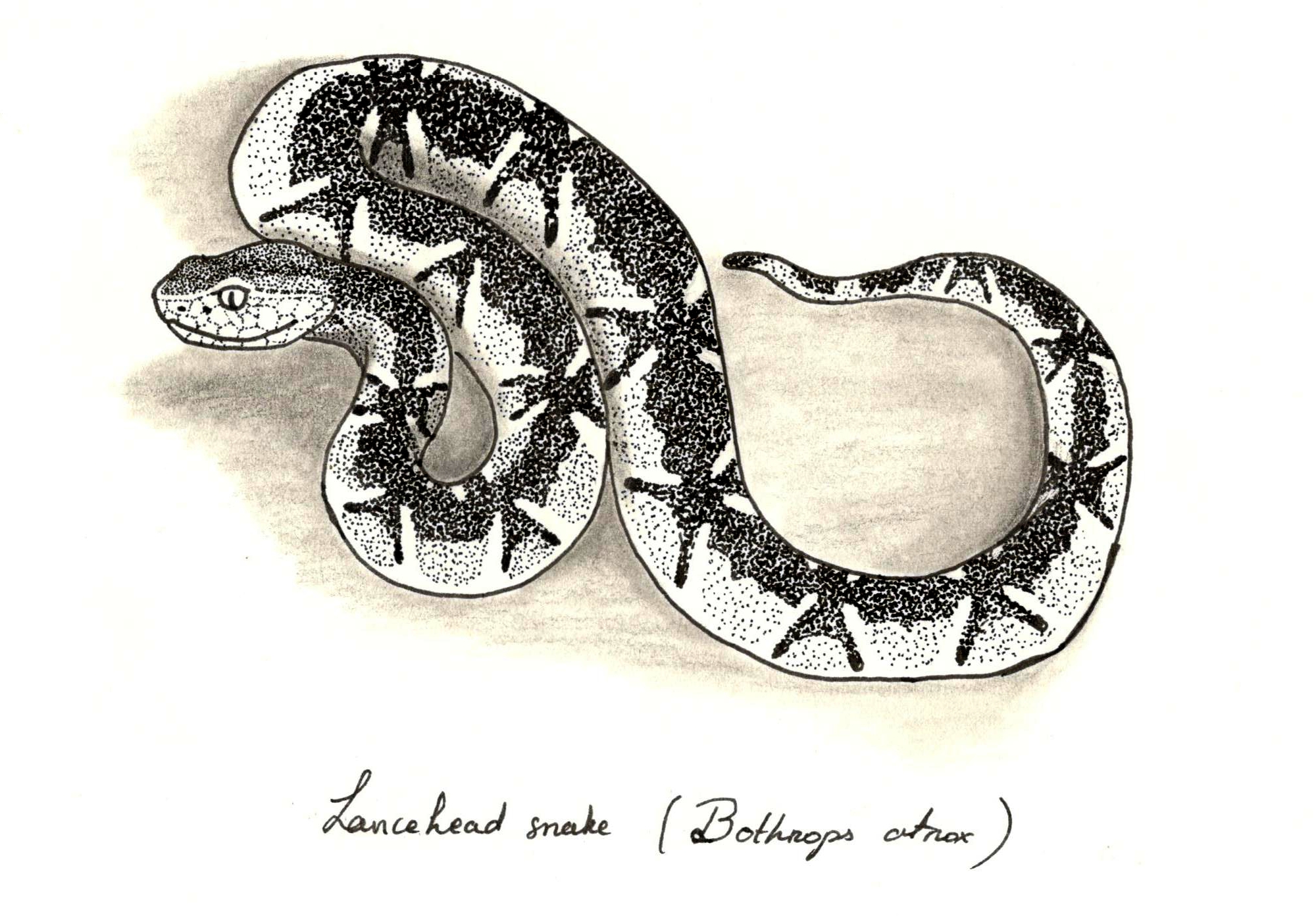 The lancehead snake (Bothrops atrox) is an infamous danger in the tropical areas of Central and South America where it comes from. It is sometimes called by the name ‘fer-de-lance’, which actually covers several closely related Bothrops species, many of which are very deadly. The Bothrops species are named in 90 per cent of all snake bites from South America, and are responsible for more deaths than any other group.

However, the venom has also saved lives. One of the compounds has been derived into Batroxobin that acts directly on a component of our body’s coagulation cascade, called fibrinogen, to induce clotting. Because of this unique feature, doctors and scientists can use it to gain better insights into the blood of a patient, particularly if there’s something going wrong with how it clots. Batroxobin isn’t approved clinically in the US, but it is commonly used in laboratories to measure fibrinogen levels and blood coagulation capability. Outside of the US (largely in China), batroxobin is used to treat a range of disorders, including stroke, pulmonary embolism, deep vein thrombosis, myocardial infarction and perioperative bleeding.

Captopril, which treats high blood pressure, was developed from a compound in lancehead viper venom which catastrophically lowers blood pressure in its prey. Bradykinin, a peptide found in the blood-plasma of animals infected with snake venom, causes blood vessels to dilate and blood pressure to lower. The chemical structure of the compound had to be modified to make it safe to use as a drug, which gave Captopril.