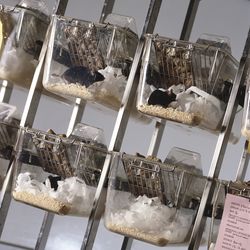 The origin of the word ‘Cancer’ is credited to the Greek physician Hippocrates (460-370 BC), considered the father of modern medicine. He used the terms carcinos and carcinoma to describe both non-ulcer-forming and ulcer-forming tumours. In Greek both these words refer to a crab, most likely applied to a disease because the finger-like spreading projections from a cancer called to mind the shape of a crab.

Cancer has been with us since early times, and there are even suggestions that dinosaurs probably suffered from cancers. The oldest description of a human cancer was in an Egyptian  papyrus written between 3000-1500 BC, referring to tumours of the breast. The oldest specimen of a human cancer was found in the remains of a female skull from the bronze age (1900-1600 BC). The mummified skeletal remains of Peruvian Incas contained lesions suggestive of malignant melanoma.

In 1911, the humble chicken provided some clues to one of the earliest models of cancer growth and spread, which led to the discovery of the eponymous Rous sarcoma virus by Peyton Rous. The identification of the Rous sarcoma virus led to studies of how viruses cause tumours and subsequent use of hormone treatments to limit growth (oncogenesis) in rats, mice, rabbits, chickens, primates and horses. In 1966, Rous received the Nobel Prize for his discovery. Modern cancer treatments such as chemotherapy, radiation therapy, other drugs and a number of surgical techniques, owe their existence to the use of animals in research.

The term ‘cancer’ describes the complex processes that occur when a small part of a cell goes wrong. Under normal circumstances, cells divide in an orderly fashion to grow and repair tissues. Cancer can disrupt normal cellular functions. Cancer cells continue to grow and divide. Instead of dying, they outlive normal cells and continue to form new abnormal cells.

The development of cancer cells results from cellular DNA damage. Normally, the body can repair damaged DNA, but in cancer cells, DNA damage is not repaired. Most cancers result form environmental damage, for example, from exposure to tobacco smoke or ionizing radiation. Humans and animals can also inherit damaged DNA. Even in these cases, environmental factors may serve as the trigger.

Cancer usually begins and forms a solid tumour, except of blood cancers such as leukaemia. Not all tumours are cancerous. Benign or non-cancerous tumours do not spread to other parts of the body, do not cause metastases and, with rare exceptions, are not life threatening.

Many animal species, including dogs and primates, are used in the experimental laboratory for cancer research, but the laboratory mouse is the most common animal used in cancer research today. During the last 50 years, this little rodent has enabled us to advance our knowledge and increase our understanding of cancer. New discoveries occur on an almost-weekly basis.

Although cancer has caused suffering in animals and humans for millennia, in modern times we have intensified our concentration on the prevention and alleviation of this affliction. As a cancer survivor, I (K.P.D.) can joyfully testify to the success of medical science in this struggle.

The use of any animals in experiments evokes ethical concern. The cost (or harm) to the mouse of its use in research must be justified in each case by an appropriate and achievable benefit proportionate to the suffering of each individual mouse.

Over and above this essential ethical criterion of the cost/benefit balance, there must be a positive commitment to seek out alternatives to the use of animals in research. There is a consensus in the scientific community that accepts a moral imperative to fulfill the principle of humane experimental technique expounded upon by Russell and Burch, the 3Rs. In practice, conscientious researchers make every effort to observe the spirit of legislation, where it exists, that required the employment of alternative to the use of animals in research, wherever possible.

Cancer research will continue to yield therapies and discoveries. Every one of us is indebted to the little rodent that greatly assisted in past discoveries and will be even more important to increase our understanding of this complex disease in the future.