Can Medicine Advance without Experiments on Animals? 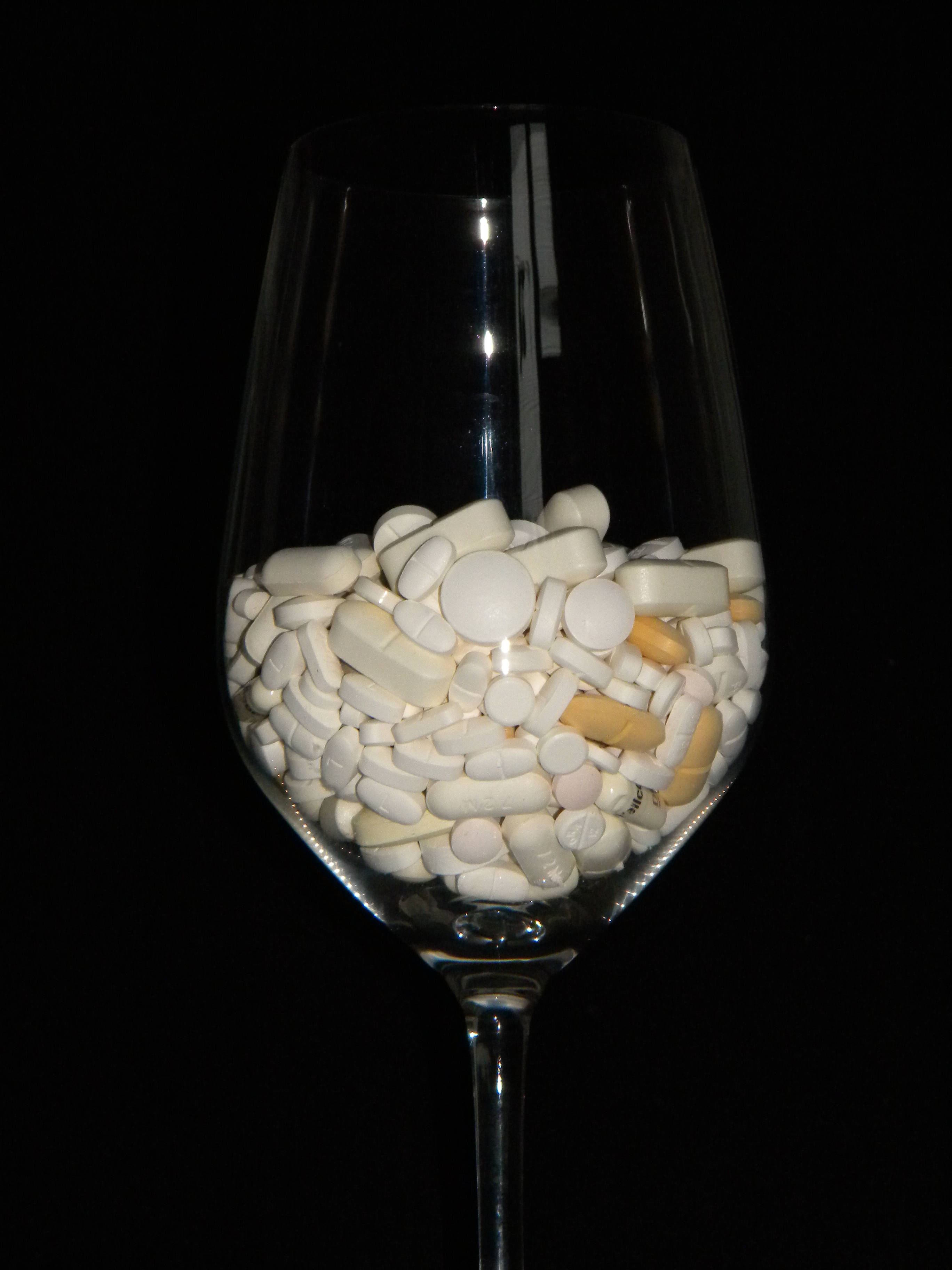 When I started training as a young doctor, I felt that the ultimate goal of my endeavours would be successful grafting of organs to young people dying of malfunction of the organs in question, restoring them to a long spell of worthwhile life. It seemed clear that to do this it would be necessary to remove organs from the dead and to be able to combat the body’s tendency to reject grafts, animal experiments would be needed. Now we seem to be approaching this objective in patient care; kidney grafts are functioning more than 20 years after transplantation, hearts and livers after 14 years and pancreases after 4 years. Unfortunately, many patients still do not do well and there are important difficulties to be overcome. The two main obstacles to progress are lack of organ donation and opposition to experiments on animals.

Concerning the use of animals in experiments, how easy it is to play on emotions- arat receiving an injection or a dog being operated on can be, and often have been, portrayed as acts of sadistic cruelty, when in fact most scientists love animals and have pets of their own and will not experiment on an animal if alternatives are available. Great care is taken to minimise pain by the use of general anaesthesia and analgesic drugs. Sensational reporting has inadvertently glorified criminal acts of violent antivivisectionists, encouraging them to perpetrate further outrages, which terrorise scientists to silence. Opposition is not voiced for fear of attacks against the individual who has dared to question the antivivisectionists.

There is a long history of harassment of those trying to advance medicine. Lord Lister was even lobbied directly by Queen Victoria, who wanted him publicly to denounce vivisection, but Lister’s long answer to the Queen explained that he could not comply with her wishes because he felt it was necessary to perform experiments on animals in  order to help suffering humanity and he himself was engaged in such work.[1]

“…I have myself often performed experiments upon the lower animals, and that, if I have been privileged in my professional career to do anything for the good of my fellow men, more is to be attributed to these experiments than to any other work in which I have been engaged.”

One aspect of the recent stepped up campaign against vivisection has been the silencing of many scientists performing experiments on animals, so that they are not prepared to defend this work for fear of attacks on their own laboratories and perhaps personal violence. This is a very dangerous precedent, which has been a favourite strategy of tyrannical movements to subjugate liberal opposition.

Sir Michael Woodruff once speculated that in theUKthe only thing more sacrosanct than a human being is a live dog. I am sure he is correct and I would be interested in a test that ought to be feasible to psychiatrists to set up. The object would be to determine the choice in a sample of ordinary men and women, given one lifeline on the edge of a rushing torrent. In simulated drama a beautiful spaniel puppy and a child of the ethnic group least liked by the individuals tested, would fall into the river, but only one can be saved. I would like to think that the majority would not hesitate to rescue the child- but I wonder what in fact would happen (Figure 1).

If the public wishes to have the advantages of modern medicine, for example antibiotics and insulin, then experiments on animals have to be accepted, The only way to avoid hypocrisy is you really do not wish to exploit animals, is to eschew all modern powerful and effective medical treatment when you or your family are ill and avoid meat, fish and perhaps eggs and wear and use no leather.

In January this year, the experimental laboratories inCambridgewere broken into and animals that had had kidney grafts were stolen. I wrote a letter to The Times pointing out that human lives had recently been lost attempting to save animals- a seaside tragedy when a dog was swept into the water. The RSPCA sanction the death of 200,000 abandoned and unwanted pets each year, more than 10 times those used inUKlaboratories. Recently it was reported that Battersea Dog’s Home had now received 2,500,000 abandoned dogs.

I was worried that there appeared to be little public concern when idealistic criminals, claiming to represent the Animal Liberation Front, broke into private property to steal animals in dreadful suffering to animals, for example, when rats born in a laboratory were ‘released’ from the Huntington Research Centre and running out onto the A1 road were mowed down by passing traffic, or when rodents in the new Parke Davis laboratory in Cambridge were burned to death. These and other consequences of their criminal action must give them some ethical concern (Figure 2).

I wonder whether the idealism of these criminals is sufficient for them to refuse treatment with antibiotics or withhold insulin from their children should they become diabetic, to deny open heart surgery, to infants born with congenital heart disease, or forbid a life-saving kidney graft to a youngster suffering from kidney failure.

When I was a student there were 20,000 tragic deaths mostly in young people, from tuberculosis and many other patients were maimed from poliomyelitis having to spend the rest of their lives ventilated in and iron lung. These diseases are no longer a scourge in theUnited Kingdom.

Smallpox and diphtheria used to be common causes of death in children and these have been eliminated. The ability to cure the most dangerous common infections, the successful repair of many heart defects, the rehabilitation of thousands of patients suffering from kidney disease are possibly solely because of experiments in animals. Diabetes is treatable because insulin was discovered by Banting and Best in surgical experiments in dogs. The dog was also used to develop heart and transplantation surgery.

Unfortunately, there are still many diseases which cause suffering and death in the young, for example the childhood cancers and leukaemias, and if progress is to be made at a reasonable price, the public must accept experiments with animals. If the public does not wish such progress to occur, which is an unlikely supposition in a civil society, the suppression of animal experiments should be brought about by democratic process of parliament and not criminal acts. Following this comment in The Times logical reply by reasoned men disagreeing with my point of view were few, but an extremist antivivisectionist group, the self styled ‘Animal Rights Militia’, sent me a letter bomb which had it exploded could have maimed or killed one of my technicians. It is unusual for doctors working in hospitals to be subjected to anonymous personal violence. Patients and other staff could have been injured by the fire. Much distress was caused to our families. It is very sad that if public opinion cannot be swayed towards a particular way of thinking, certain minority groups are prepared to unleash terror. This has happened in other fields besides animal experimentation and is a danger to a tolerant society.

I believe that every effort should be made to minimise the number of animal experiments and suffering to animals caused by them. Care with anaesthesia and analgesia of the animals should be an utmost consideration in the work of transplantation.

What subjects shall be investigated as potentially valuable in medical and veterinary science is debateable. Where the line should be drawn between legitimate experiment and scientific curiosity can be disputed. It is important that experiments are done to ensure the safety of new drugs so as to avoid disasters such as occurred with Thalidomide. It may not, however, be justified to experiment on minor modifications of new agents to satisfy the commercial competition of pharmaceutical companies. Whenever possible, information should be obtained by techniques such as tissue culture that do not involve animals.

Careful observation of patient with disease and following treatment with known agents may provide us with important information but prior to use in man, a new drug or treatment must be tried out on animals. To move straight from test tube to patients would be unjustified. The well-known fact that each species, including man, differs from every other to a greater or lesser degree in its behaviour to drugs, surgery and other forms of treatment, does not weaken the argument that if the new therapy is effective and non-harmful in a number of subhuman species, it will probably act in a similar general way in man (Figures 3-9). No doubt advances in medicine would occur without experiments on animals, but the rate of progress would be slowed down dramatically. Certain approaches would not be possible, for example those involving surgical techniques and inevitably new speculative treatments would be tried in patients involving them in considerable hazards.

Public attitudes to animals are ambivalent. Most of us love animals but eat meat and wear leather shoes. We accept medical treatment based on animal experiments and expect further advances in the future. Wild animals prey on each other, domesticated carnivorous pets- the dog and the cat- need meat to maintain health. An ethical and humane analysis of our emotions concerning animals is not easy but for the fact that most important medical advances have followed animal experiments cannot be denied, nor the need for further animal experiments if medical advances are to continue as most of us would wish. It is a sad comment on contemporary society that discussion and argument of these matters have been answered by abuse and terrorist bombs.

Figure 3: The first long surviving dog with a kidney graft treated with Azathioprine.

Figure 4: The marriage of a man ten years after receiving a kidney graft from a dead donor. The kidney continues to function well 18 years after operation (This patient was treated with Azathioprine (Imuran) and corticosteroids).

Figure 5: This pig died of ‘old age’ 11years after removal of his liver and receiving a liver graft, demonstrating the strange freedom from rejection that sometimes occurs with liver grafts in animals receiving no immunosuppression.

Figure 6: Patient 6 years after liver grafting and removal of his diseased liver which was affected with primary cancer.

Figure 7: A dog with a kidney graft treated with the new immunosuppressant, Cyclosporin A.

Figure 8: A child who was in renal failure grafted with a kidney from a dead donor at 18 months. He has been treated with Cyclosporin and is well three years later. He does not require corticosteroids, and important advantage for a growing child.

Figure 9: This lady treated with Cyclosporin A had a liver graft following removal of her own liver affected by a primary cancer three years before this picture was taken. She continues well.