About 150 million people worldwide are chronically infected with the Hepatitis C virus (HCV).ANCHOR Extended infection can result cirrhosis of the liver or liver cancer,  resulting in more than 350,000 deaths per year. The virus is spread through contact with the blood of an infected person and there is currently no vaccine. HCV was identified in 1989 as the major cause of non-A, non-B hepatitis, which was previously uncharacterised.ANCHOR 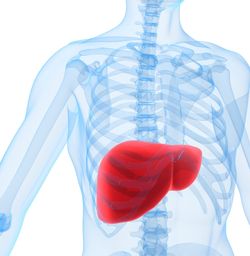 Hepatitis C virus can only infect humans and chimpanzees,ANCHOR although it is not found naturally among wild chimpanzees. It was previously not possible to study the effect of the virus in other animals and until 2005 HCV could not be fully cultivated in cell cultures in the lab. This has meant that making progress in developing treatments or a vaccine has been difficult. Much of the early research used chimpanzees, however as technologies have developed it has become increasingly difficult to justify the use of the chimpanzees in HCV research. In June 2013, the National Institute of Health in the US – the only developed country that conducts chimpanzee research – announced that it would drastically reduce the number of chimpanzees kept for research.ANCHOR This means that it is unlikely that hepatitis C research will continue on chimpanzees and the main body of work now focuses on cell cultures and mouse models.

In 2005, liver cancer cells from a Japanese patient with Hepatitis C were cultured in a lab and have now become an immortalised cell line for use in research.ANCHOR This provided the opportunity to study the lifecycle of the virus in vitro and allow research to progress more quickly. Previously, it would have only been possible to have studied biopsy tissue taken after surgery, however these would only provide limited scope as the tissue would be in an advanced stage of disease. The new cell line has its own draw-backs however; studying only the single liver cell type and only the one form of hepatitis C limits the applicability of any insights gained.

The nature of HCV means that it mutates rapidly, even within one person there will be different genetic lines. Across the world, there are 6 main types of HCV,ANCHOR which can differ by more than 30% of their DNA sequence. Being restricted to certain types (such as genotype 1, which is prevalent in North America) can result in other types becoming understudied (such as genotype 4 found in Egypt).

In vitro studies have helped to develop our understanding of the molecular biology of HCV. This includes how it enters the cells and then replicates, following the life cycle of the virus. This information has been used by pharmaceutical companies to develop new hepatitis treatments.ANCHOR ANCHOR Again this has its limits as this cannot be used to study the viruses’ interactions with the immune system. This is particularly important for hepatitis as it is the inflammation caused by the immune response that triggers liver cirrhosis and cancer. 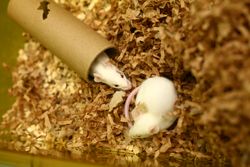 Mouse models for hepatitis C were initially developed by transplanting human liver cells into mice. However, this requires the mice to have a weakened immune system in order to accept the transplant. This affects the response to the virus and is difficult to reliably produce.

Cell cultures have allowed researchers to determine the receptors on the surface of human cells that allow HCV to identify them. By inserting genes for these human receptors into mice, the mice become susceptible to HCV and allow researchers to better understand the life cycle of HCV.ANCHOR ANCHOR

As the hepatitis C virus has not adapted to attack the mouse innate immune system, mice are more resistant than humans to the virus – even after being infected. This reduces their effectiveness in vaccine research as the role of T-cells in humans are important for vaccine development and the T-cells will only be produced when the virus is able to replicate. Researchers can now use genetically-modified mice with a weakened innate immune system, but a strong enough adaptive immune system.

For a long time, the standard treatments were interferon and ribavirin,ANCHOR however these are only effective in roughly half of cases. Several new treatments have been approved in recent years, with more in the pipeline. Many of these treatments have been developed through the advances made in cell culture research.

Human monoclonal antibodies have been shown to prevent HCV from entering liver cells in chimpanzees.ANCHOR This could be highly important for preventing infection of transplanted livers in hepatitis C patients. Hepatitis C is a leading cause of liver transplantation but this does not cure the recipients as the new liver becomes infected by the virus and succumbs to cirrhosis over the following decade.

Unlike drug therapies, vaccine development is heavily reliant on in vivo models. The rapid rate of recent progress in the development of mouse models mean that vaccine research has received a large boost.