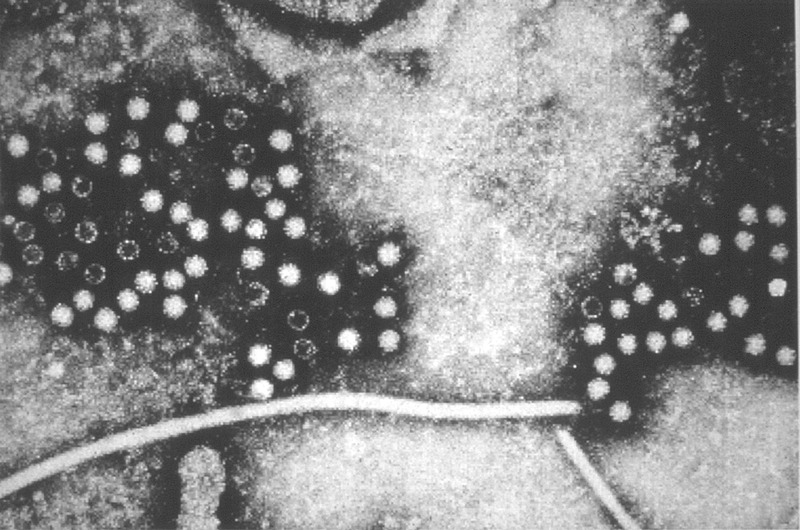 The world’s first hepatitis E vaccine, Hecolin, has been released in China. The 14 year development of the vaccine reached its conclusion in December 2011 when it was approved by China’s State Food and Drug Administration.

Hepatitis E virus (HEV) infects 20 million people a year and kills 70,000. It dramatically increases the incidence of mortality in pregnant women, particularly those in their second and third trimesters, and those who have chronic liver disease. The mortality rate for heavily pregnant women is a shocking 20%.[1] Whilst  HEV occurs worldwide it is especially prevalent in developing regions, particularly Asia. This is because transmission occurs through the faecal-oral route, producing higher rates of transmission in areas of poor sanitation.

Rhesus macaque monkeys were used in the preclinical stage to design the vaccine, as well as for establishing optimum dosage levels. The rhesus macaques were given an HEV peptide, NE2, expressed in E. coli. The recombinant protein NE2 was identified as a good candidate for an HEV vaccine based on the immunogenicity and immunoprotectivity it provided them, and has been subsequently used as the basis for the HEV 239 vaccine. Researchers found in later tests on rhesus macaques that when an initial high dose and a later low dose of HEV 239 were administered, the vaccination was almost 100% efficacious against HEV.[2]

Phases I-III of the clinical trials have further explored the suitability of HEV 239 for full immunity. Stage III clinical trials involved 112,604 participants where 86% received the drug.[3] Out of the total participant number only 15 people were diagnosed with HEV at the end of the trial period; these 15 were all in the placebo group. The vaccine was found to be extremely efficacious, leading to vaccine.

Phase III trials also confirmed what the preclinical trials suggested; that the drug is 100% efficacious after two doses. The implications of two dose immunity suggest that if there was an HEV outbreak or if one wished to travel to a region in which HEV is endemic, a person could receive adequate immunity from two inoculations within the space of one month.