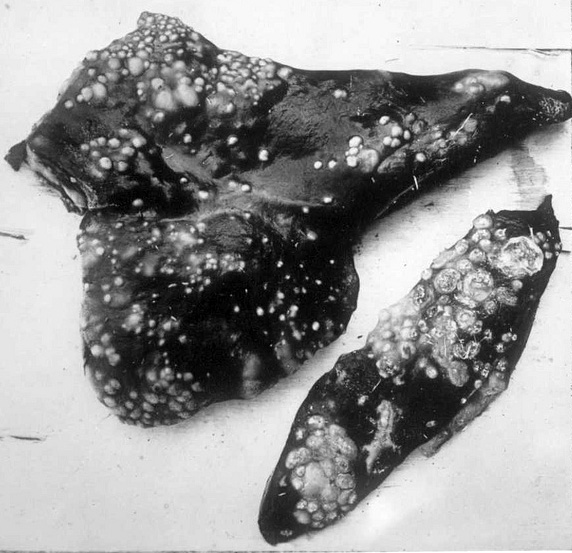 Tuberculosis (TB) is a highly infectious disease that we have little power to stop. It is therefore not surprising that 1 in 3 people have the condition. Even though most infections are latent, they can reactivate and spread. The only current vaccine, known as BCG, can limit disease spread in children but cannot prevent infection.
This disease also affects other primates – about a third of monkeys in Asia, where human tuberculosis is endemic, are infected. This makes them an especially good model for the human disease. Cynomolgus macaques in particular have been chosen as test species because of their human-like TB symptoms.

Research on these macaques has led to the development of the H56 vaccine that acts as a booster for the BCG vaccine. This is able to reduce the effects of the disease and prevent reactivation of latent infection in macaques. The vaccine is currently in human trials but it is likely to take several years before it can get approval because of the slow progress of the disease.

Tuberculosis can also infect other animals such as elephants (the virus can be transferred to humans), birds and cows.