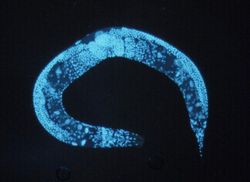 The Nobel Prize in Physiology or Medicine 2006 was awarded jointly to Andrew Z. Fire and Craig C. Mello "for their discovery of RNA interference - gene silencing by double-stranded RNA"