The discovery of the antibacterial agent Prontosil 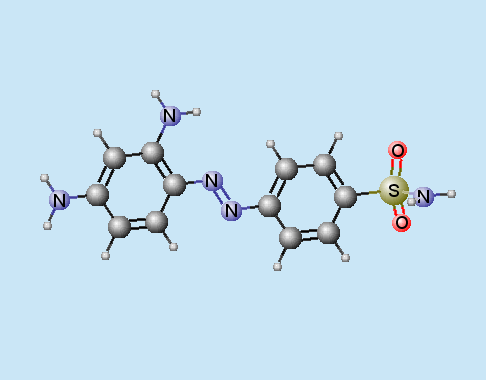 Gerhard Domagk carried out investigations animals. Sulphonamide compounds were among those tested for therapeutic action.

The first experiments on 4-sulphonamide-2', 4'-diaminoazobenzene hydrochloride - renamed Prontosil - began in 1932. A particular strain of streptococcal bacteria had been isolated from a patient with blood poisoning, and the lethal dose of the bacteria in mice was established. Mice were given ten times the known lethal dose of bacteria, and half of the mice were injected with Prontosil an hour and a half later. Within four days, all of the animals who had not received Prontosil had died, but all those who had received the compound were healthy.

Further tests on animals including rabbits and guinea-pigs established that Protisil was not only effective against streptococcal infections but also certain types of pneumonia, types of septicaemia and gonorrhoea. The discovery of sulpha-drugs brought new and powerful tools to fight previously incurable bacterial infections.