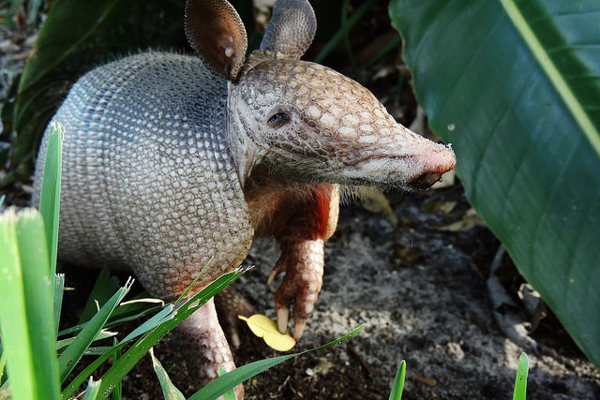 Research on leprosy was held back for many years by the lack of an animal model. This prevented the search for vaccines and effective antibiotic treatments. A breakthrough came from Eleonor E. Storrs’ discovery in the late 1960s that nine-banded armadillos were susceptible to leprosy.

The Leprosy bacterium thrives in lower body temperatures, in humans, it grows in the extremities such as ears and fingers, but armadillos have a low body temperature around 33°C – lower than in humans and other mammals – which means that the disease penetrates deeper and affects the organs. The armadillo became the perfect natural incubator to grow large quantities of Mycobacteria leprae to study the disease, test drugs and look for a vaccine.

They supplied cells to sequence DNA and helped find antigens to the pathogen, which may lead to a vaccine

Armadillos are also specifically useful in research because of their peculiar reproduction pattern – they give birth to four genetically identical offspring.

Because of this, researchers have worked with armadillos to study reproduction in the hopes of understanding more about multiple births. Identical littermates are also great models for studying different drugs or treatments, because any differences seen are likely due to the experimental treatment instead of genetic differences.